A new trophy will be played for in the championship section of next weekend’s Scottish Brass Band Championships.

Broxburn & Livingston Band has donated a quaich to be awarded to the best flugel player in memory of former cornet and flugel player Alec (Eck) Chalmers who passed away in July 2020.

In almost 70 years banding, Alec made it to more than 12 National finals and never missed a Scottish Championships since 1955. Indeed the Best Flugel award is in recognition of his time playing that instrument which included a performance of Le Carnaval Romain at the National finals.

Alec became president of the band in the early 90s guiding it through one of its most successful periods, including the amalgamation of the Public Band with Livingston Brass in 2004, and on until 2016.

He was undoubtedly ‘Mr Broxburn Band’ and will be greatly missed by all. 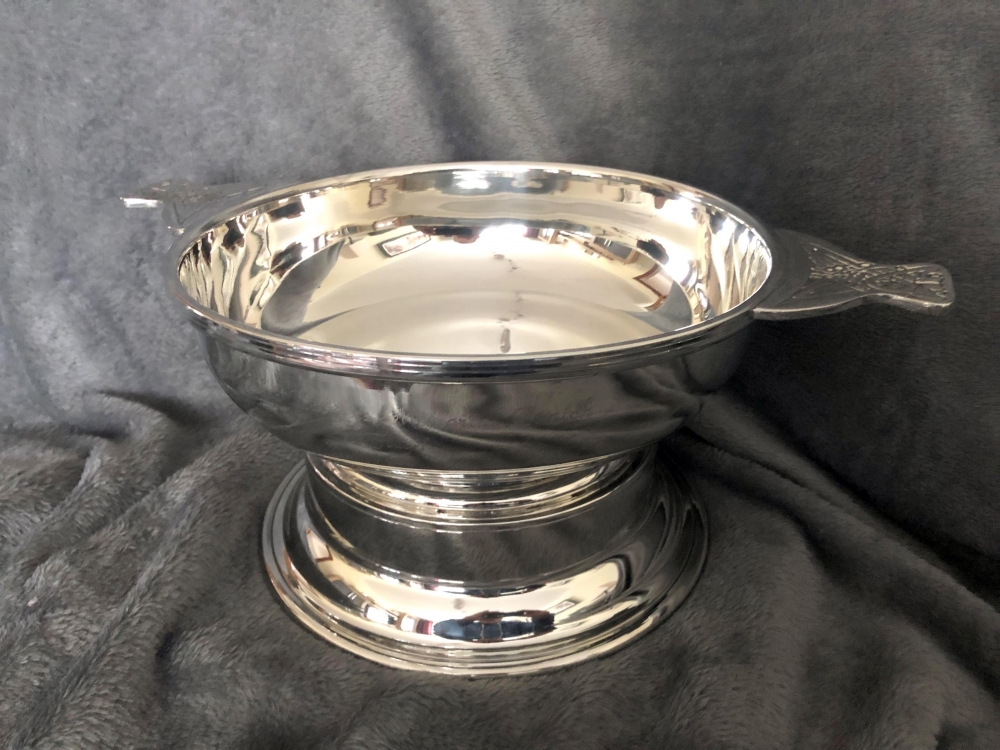