Whitburn Band is preparing for a very special concert that has been on the cards for two years.

The Scottish Open champions celebrated their 150th anniversary in 2020, but the pandemic prevented the band from holding a planned anniversary concert with trumpet legend Mike Lovatt and several other events.

Instead, the band put on an online concert, produced by Ryan Bradley, featuring Mike in action, in June 2020 – one of the first such online concerts by a British brass band.

When restrictions eased in Scotland last summer to allow brass bands to meet in-person once more, Whitburn spent the next few months preparing and performing at three competitions – the National Championships, the Dr Martin contest and the Scottish Open, with the band enjoying victories at the latter two.

Now, with restrictions eased once more in Scotland following the impact of the Omicron variant, more tickets have been made available for the rescheduled concert with Mike Lovatt which will take place on Saturday 5 February at the Howden Park Centre in Livingston.

Tickets are available from the Howden Park Centre at http://bit.ly/3nNXX3W

Whitburn Band president Charlie Farren said: “We are delighted that, after two years, our 150th anniversary concert will now happen.

“We are very excited to mark this event in our home county of West Lothian, especiall performing with Mike once again.

“It is sure to be a great night of music not to be missed.” 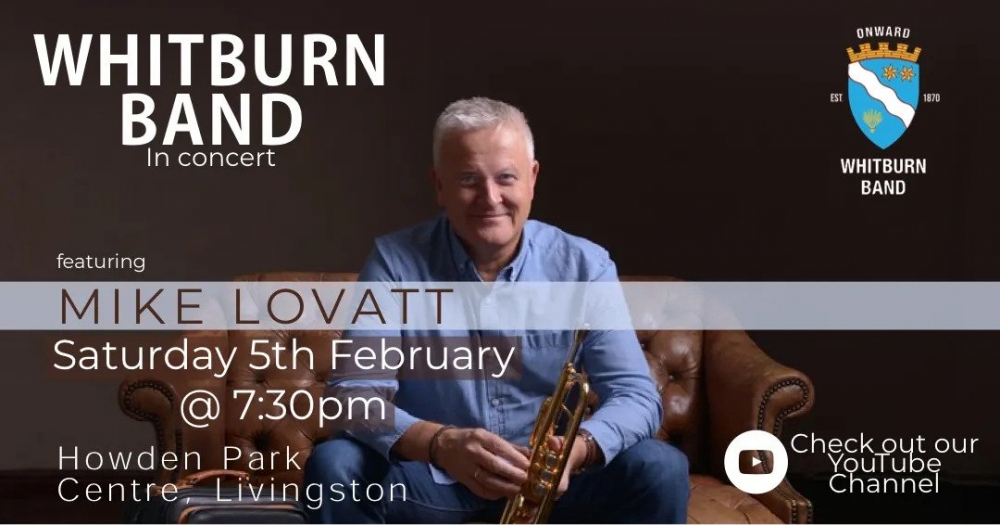