Twenty-seven bands will be taking to the stage in the Perth Concert Hall this weekend to participate in the Scottish Festival of Brass.

On Saturday, 14 championship bands in the Scottish Open competition will play their choice of test-piece from a list of five compositions in the SBBA collection: St Magnus by Kenneth Downie, Gallery by Howard Snell, ‘...and when the river told...’ by Simon Dobson, Macbeth by Peter Meechan and Muckle Flugga by Rory Boyle.

The following day, 13 lower section bands in the Scottish Challenge will be performing their own choice of music. Adjudicators for both contests are Steven Mead and Paul Holland.

Opening up the weekend festival on the morning before the Open will be events focusing on young people. Starting from 9.30am in the main auditorium, Chris Fower (below), director of Creativity and Innovation at the Warwick Music Group, will be leading a workshop demonstrating how to use pBuzz and contemporary music to engage and inspire a new generation of brass players. 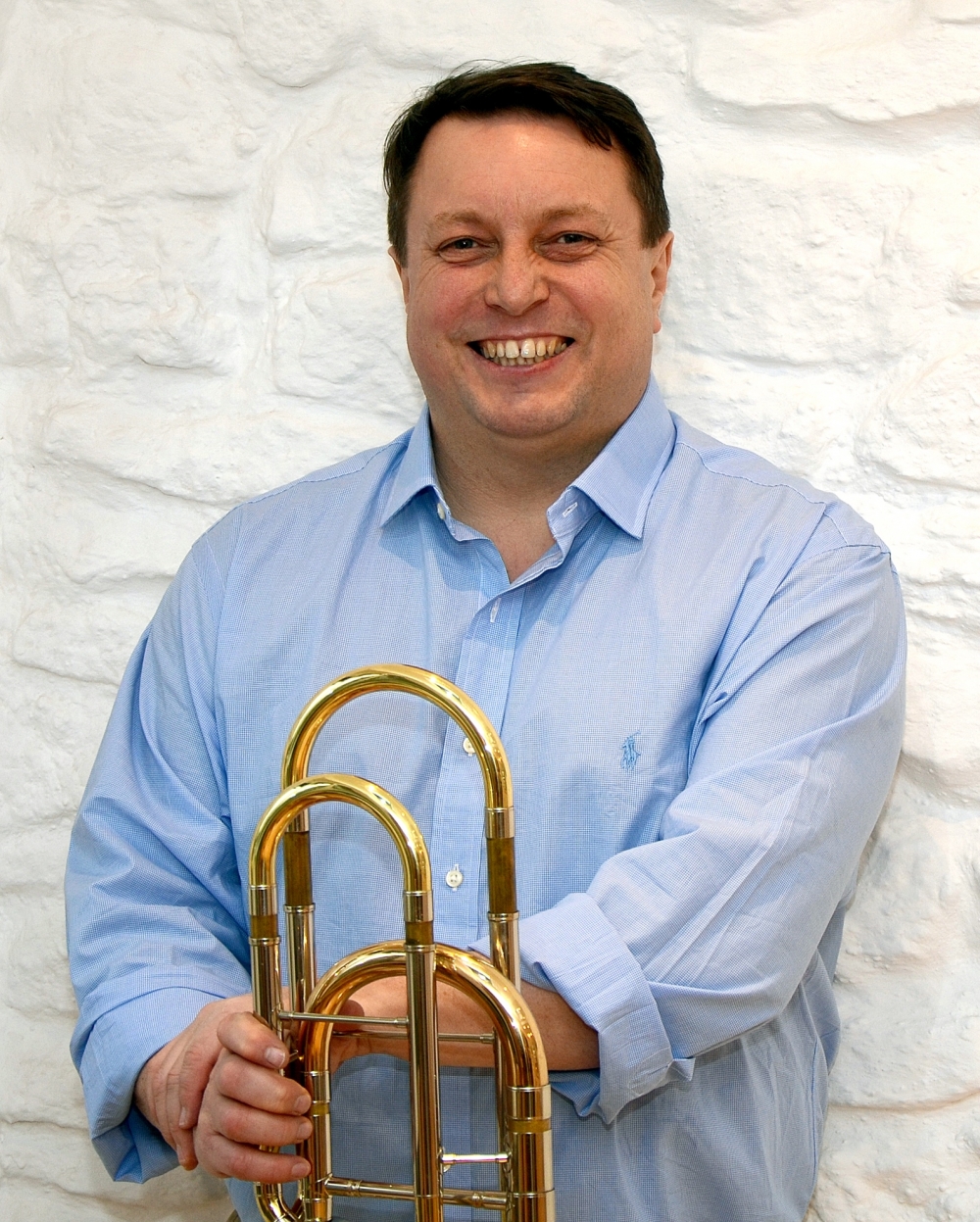 This will be followed by short concerts by the Coalburn Bronze and then National Youth Brass Band of Scotland (NYBBS) children’s bands.

All the Saturday morning events will be livestreamed from Perth on the SBBA YouTube channel at https://youtu.be/5CiVKNzbaOc

Young brass players Iona McVicar and Laura Carter (below) will be will be seen around the concert hall over the weekend with their microphone, recording a ‘vox pop’ of people’s opinions on how their banding and musical experiences have been impacted by the pandemic, how they have dealt with coming back to band, and how excited they are about playing live music again, for a new SBBA Speaks podcast which is planned to be aired on 4 December.

After their experience of putting together a Youth Speaks Roadshow for SBBA in June, Iona, who will be playing with Broxburn & Livingston on Sunday, and Laura, who currently plays with St David’s Brass, have developed the SBBA Speaks podcast to create a space for Scottish brass banding youth to keep up to date with news and discuss topics that are important to them. 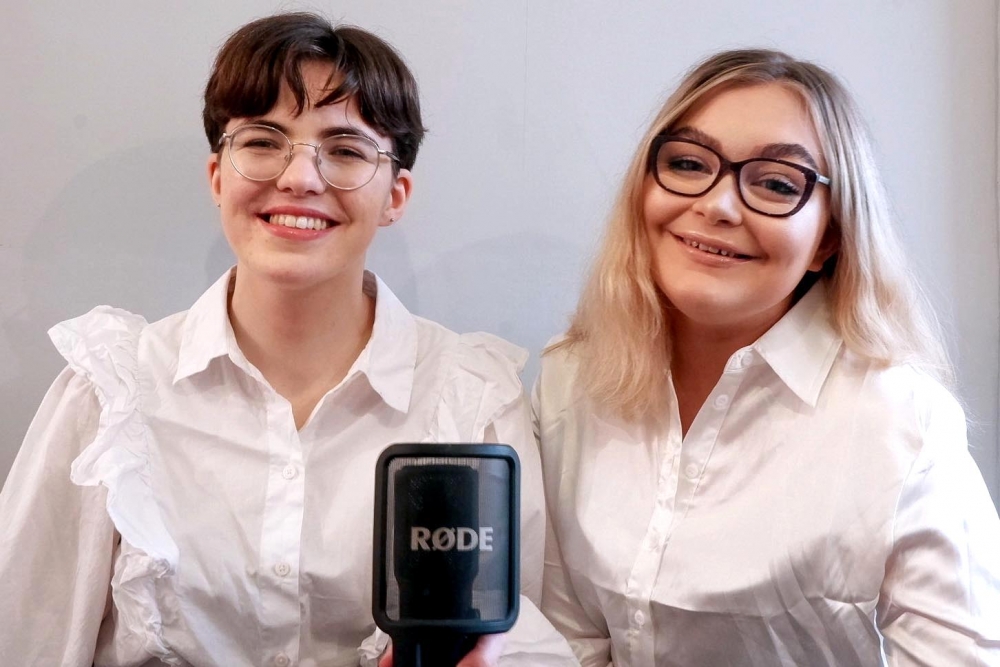 Clackmannan District Band has donated a special prize to be awarded to the best tenor horn section in the Scottish Challenge event. The Anthony Hope Memorial Trophy is in memory of the band’s former secretary, Tony Hope, who joined the band on first horn in October 2009, having previously been a member of Tayport Instrumental.

The participating bands line up as follows:

* Rainford Band has had to withdraw due to “Covid issues” affecting two of its principal players.

Because of the current Covid situation, Perth Concert Hall has been fully risk assessed by SBBA secretary Tom Allan and Horsecross Arts and a number of protocols have been put in place for the weekend for the protection of players and patrons, including the use of face coverings, hand sanitising and social distancing.

In addition, the order of play in both the Scottish Open and the Scottish Challenge competitions has been pre-drawn to enable bands to stagger their arrivals (and departures) from the venue.

Current Scottish Open champions, from 2019, are Whitburn Band (below). 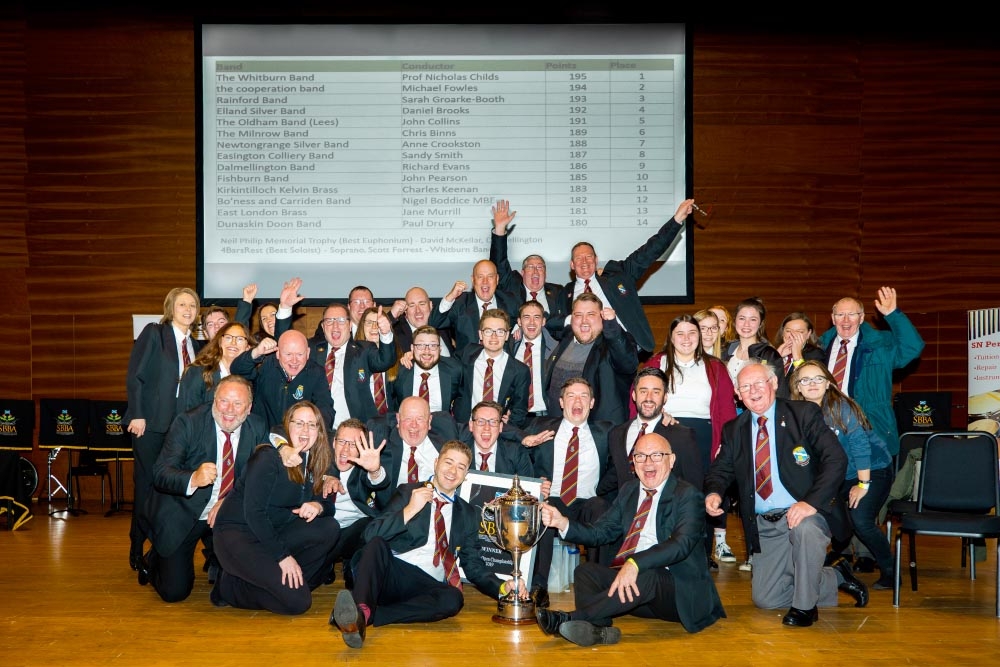