Everybody was feeling the vibe at the Borders contest: it was good to be back contesting again!

The first ‘live’ brass banding competition in Scotland since the championships in Perth in March 2020 with the return of the Borders entertainment contest yesterday represented an unmitigated triumph – for the organisers, the players and the audience.

It was a milestone day that epitomised all that is best in contesting – organisation, participation and exhilaration.

The behind-the-scenes team at the Scottish Borders Brass Band Association (SBBBA) and all the members of Langholm Town Band are to be congratulated on their smooth running of the event, right down to the sanitising of the stage after every band.

Twelve bands took part and, at the end of the day, Irvine & Dreghorn were announced as the overall winners. The only real disappointment of the occasion was the enforced withdrawal of Hawick Saxhorn from the line-up due to a couple of COVID cases within the band.

No contest is complete without an enthusiastic audience – and the one in the Buccleuch Centre in Langholm was no exception. They greeted each performance as if it were by their own band!

There was no doubt that everyone was feeling the vibe: it was good to be back banding again!

Special thanks go to the adjudicators for the contest, John Doyle and Helen Douthwaite-Teasdale, to compere Alasdair Hutton and also to Nigel Durno of Just Music who will provide a recording of each band’s performance.

Conductor Stuart Black’s comment afterwards summed up the mood of the whole event: “It has been such a great day being back at the Borders entertainment contest and really good to see everyone again. Huge congratulations to all at Irvine for their win and also to contest secretary Christine Calvert, Langholm Town Band and everyone in SBBBA for such a great first contest back.” The full results of the contest were livestreamed: 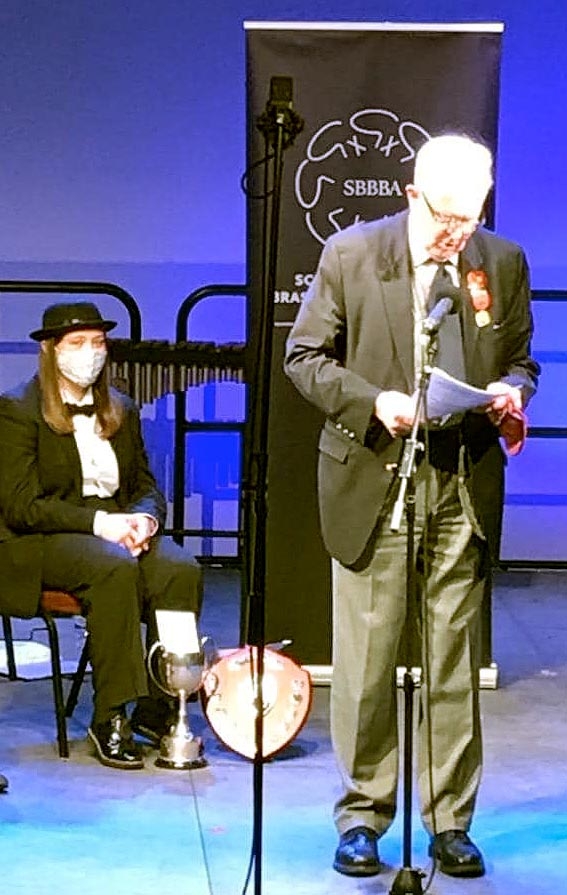 Irvine & Dreghorn baritone player Charlie Boax – one half of the Laurel & Hardy duo with euphonium Frazer Kirk who featured in Another Fine Mess – expectantly awaits the results on stage from compere Alasdair Hutton. 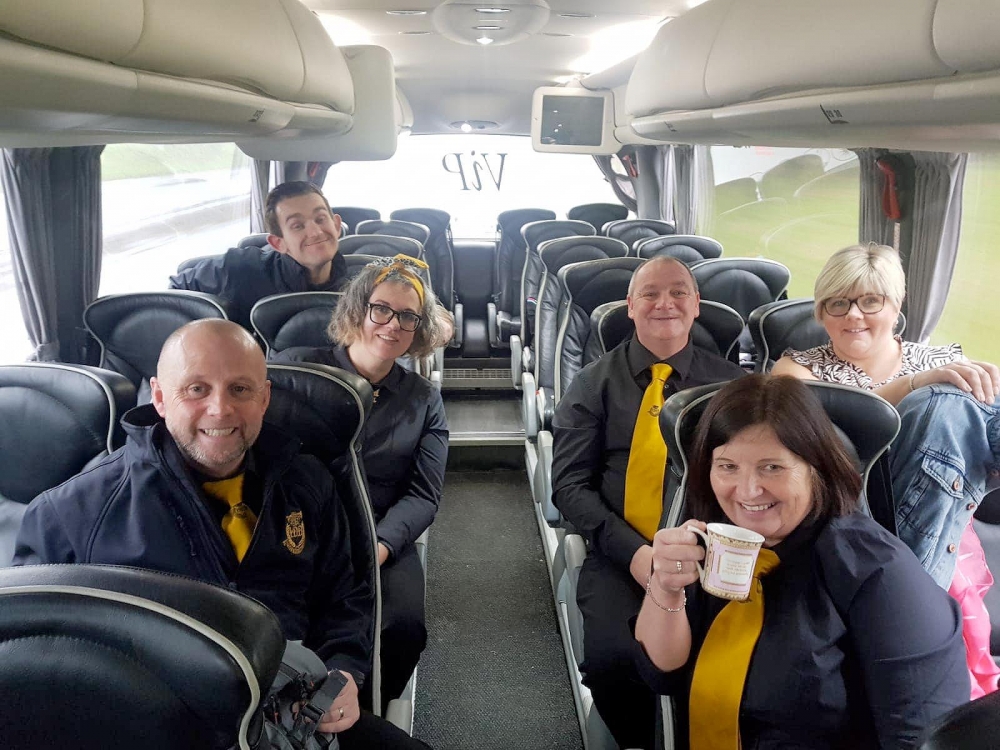 Time for a celebratory cup of tea(?) for victorious Irvine & Dreghorn players before leaving for home on the band bus. 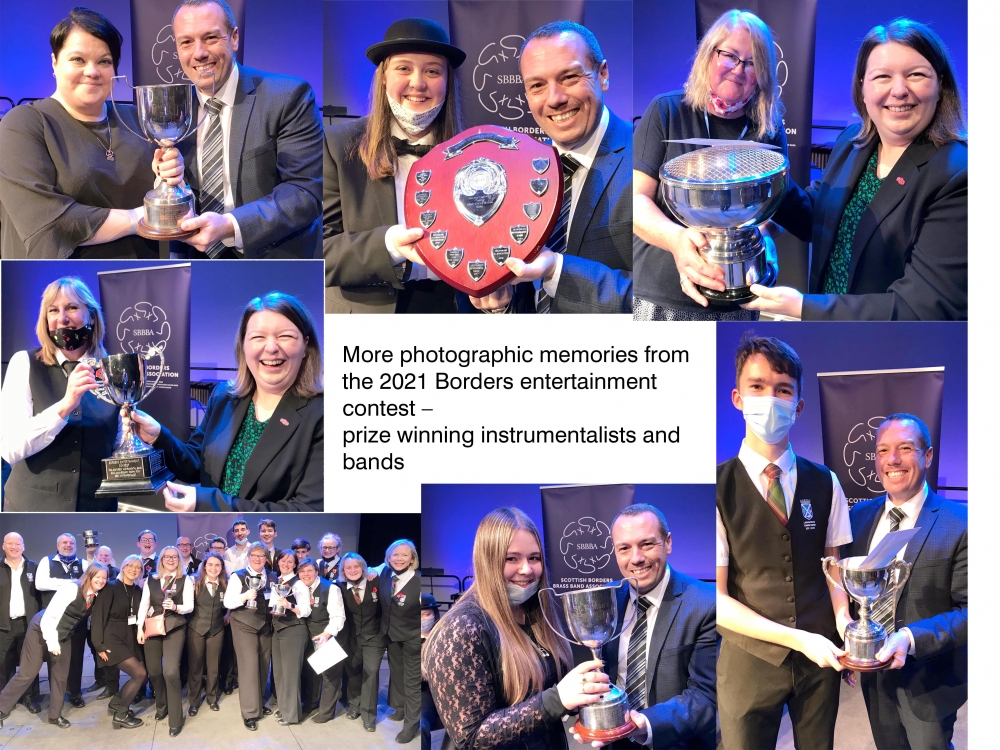