As Scotland’s lower section bands return from their appearances at the National Finals in Cheltenham, the country’s two Championship representatives have been ramping up rehearsals in their bid to bring back the title from the Royal Albert Hall.

Both Whitburn Band and Bon-Accord Silver are relishing the opportunity to compete against the UK’s nation’s top brass bands for the Challenge Trophy on Saturday 2 October.

Unfortunately, as previously reported, the cooperation band – current Scottish champions – have withdrawn from the Nationals due to continuing uncertainties surrounding the current Coronavirus situation.

Whitburn Band is already on winning form, having been victorious at the Dr Martin contest in north-east England earlier this month (below).

It was the first in-person competition the band has been able to attend in 18 months due to the pandemic, making the win all the more satisfactory.

Conducted by Garry Cutt, the band started its performance with the march The Wizard by George Allan. Principal cornet player Chris Bradley was the featured soloist in Don’t Doubt Him Now by Leonard Ballantine, arranged by Craig Woodland. The programme concluded with the test piece Rococo Variations by Edward Gregson. 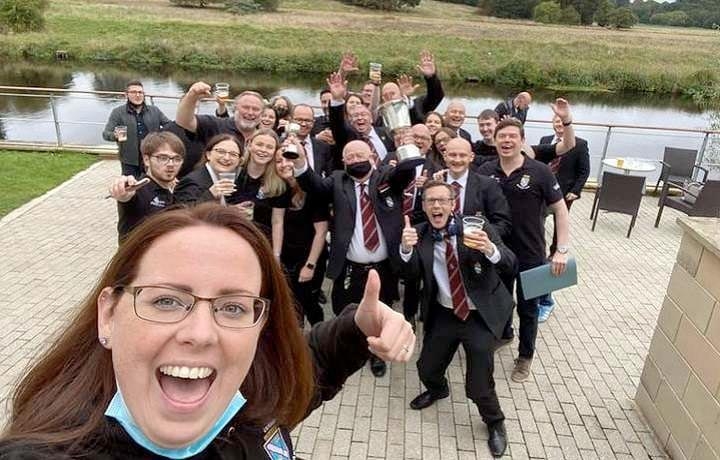 Garry Cutt will also be leading Whitburn on stage at the Royal Albert Hall, having guided the band to third place at the Nationals in 2019.

Like all bands returning to live music making, Whitburn has, of course, faced challenges but, as restrictions have continued to ease, players have been able to progress and prepare their individual performances.

Additional mitigations in place at the band hall have included the encouragement of lateral flow testing for all, mask wearing when not rehearsing, sanitising stations, additional cleaning and Track & Trace registrations.

Whitburn chairman Charlie Farren commented: “We are excited to be once again performing at the Nationals and to be playing for our supporters and the wider public. We are very proud of what we achieved during the lockdown with our online banding performances and we are now ready to take to one of the biggest stages in the world again to make music.”

Bon-Accord qualified for the Nationals by securing the runner-up spot at the Scottish Championships with professional conductor Adam Cooke (below). The band also won awards for best trombone and best percussion. 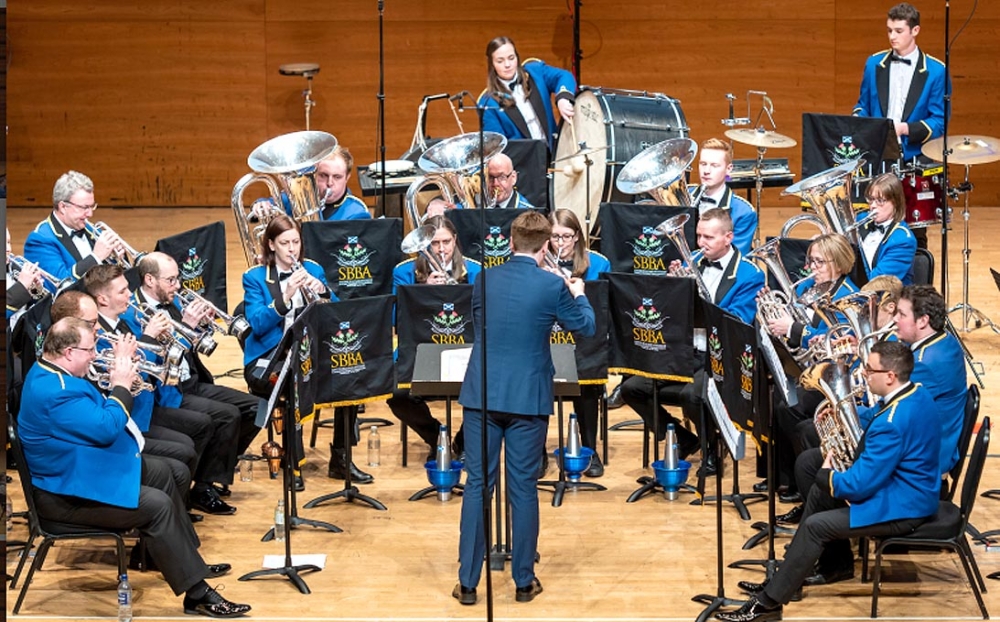 This was the first time the band had qualified in the Championship section since 1983, making the success such a great achievement. A week later, however, the Coronavirus pandemic struck and everything was put on hold.

“As with all bands, this has not been a normal run-up to a National Championships but we were lucky in organising outside rehearsal accommodation from early December so small groups could rehearse together,” explained secretary Ann Murray. “We have been meeting with strict COVID protocols in place. 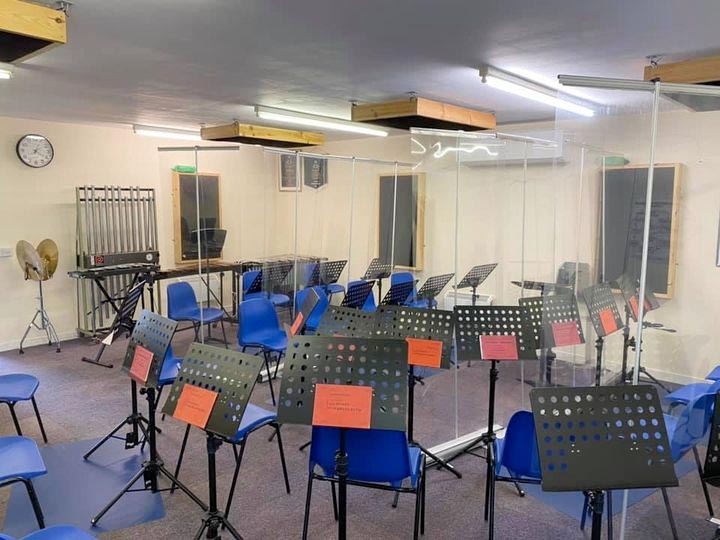 “The band is really excited about representing Scotland and having the opportunity to perform in the Albert Hall.”

The Scottish brass banding community wishes Whitburn and Bon-Accord well in their endeavours.