An ambitious, large-scale European Brass Band Festival (EBBF) will see four days of events taking place in the city of Birmingham between 28 April and 1 May next year. Bands from across Europe will gather in a celebration of music making which, for many, will mark their first return to contesting after the pandemic.

The festival will encompass a number of elements, including the European Brass Band Championships in association with World of Brass, comprising championship and challenge sections, which will take place at Birmingham’s Symphony Hall on the Saturday and Sunday of the festival.

Ulf Rosenberg, president of the European Brass Band Association, commented: “The European brass band family will be back in England for the first time since 2007 and we are looking forward immensely to what promises to be a fantastic event.

“An outstanding programme of events and performers which, combined with the excellent facilities at Birmingham’s Town Hall and recently remodelled Symphony Hall, will guarantee a very exciting weekend of high-quality music making. The return of the world’s leading banding event, three years after our last event in Montreux, is an occasion not to be missed by any lovers of our music!”

Proceedings will also include the development and premier sections of the European Youth Brass Band Contest as well as compositions in the European Composers Competition which will be performed by the world-famous Grimethorpe Colliery Band.

As an addition to the 2022 festival, a concert performance from the National Youth Brass Band of Great Britain with The Band of HM Royal Marines will take place on 28 April in a special prelude concert ahead of the competition events.

The event’s closing Gala Concert will feature some further big names in the world of brass, with music being provided by the Louis Dowdeswell Big Band and defending European Champions, Cory Band.

To round-off the long weekend, attendees will be welcomed to join competing bands at a closing party, with further musical entertainment from the talented Louis Dowdeswell in the fantastic facilities of the redesigned Symphony Hall foyer.

In order to help audience members plan and prepare for the event, organisers Brass Bands England is offering the chance to obtain tickets for the Championships weekend three months in advance of the general sale. This will include entry to all events taking place at Symphony Hall on Saturday 30 April and Sunday 1 May.

Entry to the ticket lottery costs £1, plus the cost of the tickets if you are successful, and all proceeds from the lottery will be used to support BBE’s Brass Foundations programme. The lottery will open at midday on Monday (23 August) on the BBE website and will remain open until 11.59pm on Saturday 11 September.

Successful applicants will qualify to purchase either a pair of tickets or a single ticket for the Symphony Hall events from the 400 available in this initial release. Full details are available on the BBE website.

General ticket sales for all European Brass Band Festival events will open on Friday 10 December 2021. You can register for the BBE mailing list to be alerted when sales begin. 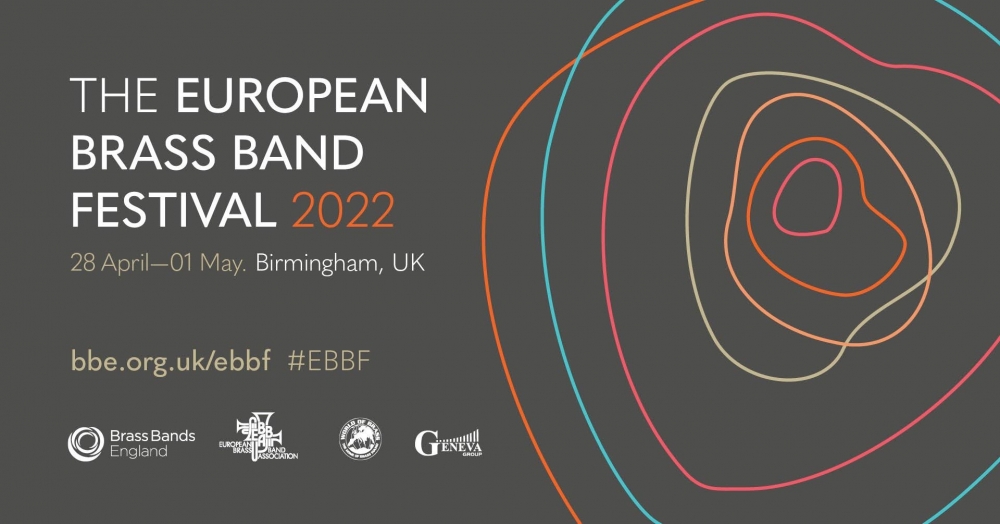