Back to Banding: Dumfries outdoors rehearsal results in a plus one!

Playing outside their band hall on Annan Road in the town, members of Dumfries Town Band were so keen to get together again they were not deterred in the slightest by the unseasonably cold weather.

Euphonium player Paul Rafferty conducted the band from his chair. “Because we hadn’t played as an ensemble for 15 months, we just started off with the march Ingleside, followed up with some pieces from our concert folder,” he said.

“It felt so much better to hear other players creating a sound with you rather than having the isolation of rehearsing a single instrument at home.”

And there was a bonus to playing outdoors. “There were a few people walking through the parkland where our band hall is situated who seemed to enjoy the fact that they could hear a band again – and one of those happened to be a drummer who has now joined us!”

Being in Tier One, Dumfries is now able to use the band hall again now as long as members maintain the two-metre distancing rule and anyone who fancies a blow is urged to join them on a Monday or Wednesday evening, 7.30-9pm. 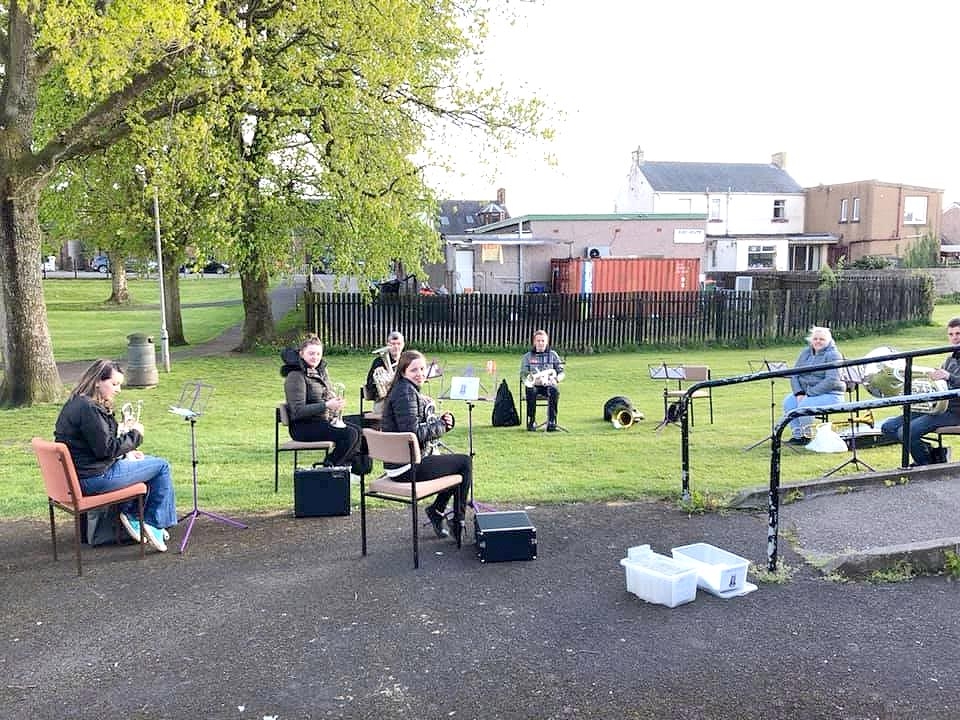