Kilmarnock gets back to banding after a 15-month hiatus

Members of Kilmarnock Concert Brass had their first full ‘live’ rehearsal in 15 months last night, playing at a socially safe distance from each other, outdoors under the canopy of a large distribution centre.

It was a memorable experience for all concerned, especially for those who had been self isolating for more than a year.

While the band has dipped its toe into virtual performances online – playing carols at Christmas and, more recently, recording a set for the upcoming Whitburn Band Virtual Festival – and has met up regularly on Zoom, there was nothing to compare with the feeling of meeting up face-to-face with fellow musicians for a good old blow. 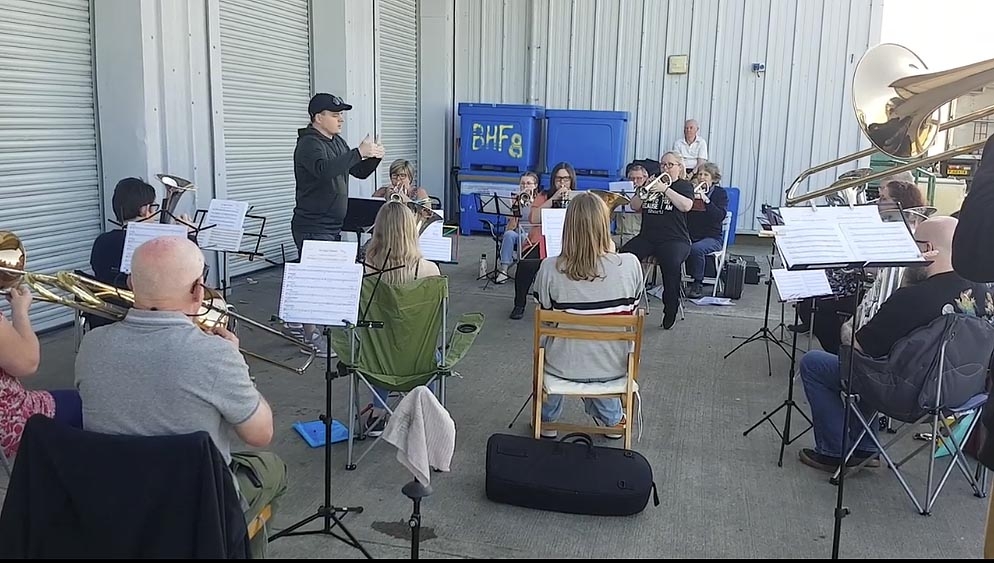 After a quick couple of hymn tunes, musical director Scott Walker guided players through the Nationals test piece, An Elgar Portrait by Dan Price, which the band will be performing in the 4th section at Cheltenham in September.

KCB solo euphonium player David Gibson summed up the mood of the players after the rehearsal when he posted on Facebook: “Real music. Real people. Playing without a laptop on and earphones in. Carlsberg don’t do band rehearsals, but if they did...”

What’s your experience of getting back to banding? Drop a line and photo to sbbapr@gmail.com and we’ll post your comments on the SBBA website.