The future is bright as young stars begin to shine

Judging by the number of young people learning and playing brass instruments in Scotland, it would appear that the future for our music genre is on a sound footing.

With over 50 training, children’s, youth and school bands now thriving throughout the country – and more start-up bands in the pipeline – we have some 1500 young musicians actively participating in our amateur hobby.

As well as our three NYBBS (National Youth Brass Band of Scotland) bands – Children’s, Reserve and Senior – meeting up twice a year, at Easter and in the summer (when there are no COVID-19 restrictions in place) for residential courses at Strathallan School in Perthshire, we are now seeing more young people than ever becoming an integral part of senior bands.

What was particularly striking at the Scottish championships in March (probably the last time most bands had got together to play before the lockdown was announced) was the number of young faces there were on stage, ably and enthusiastically contributing to their own band’s contest performance.

We thought it would be a good idea to feature some of the young musicians who are making their way in the adult brass world. So we spoke to some of them for whom senior banding has now become a way of life. 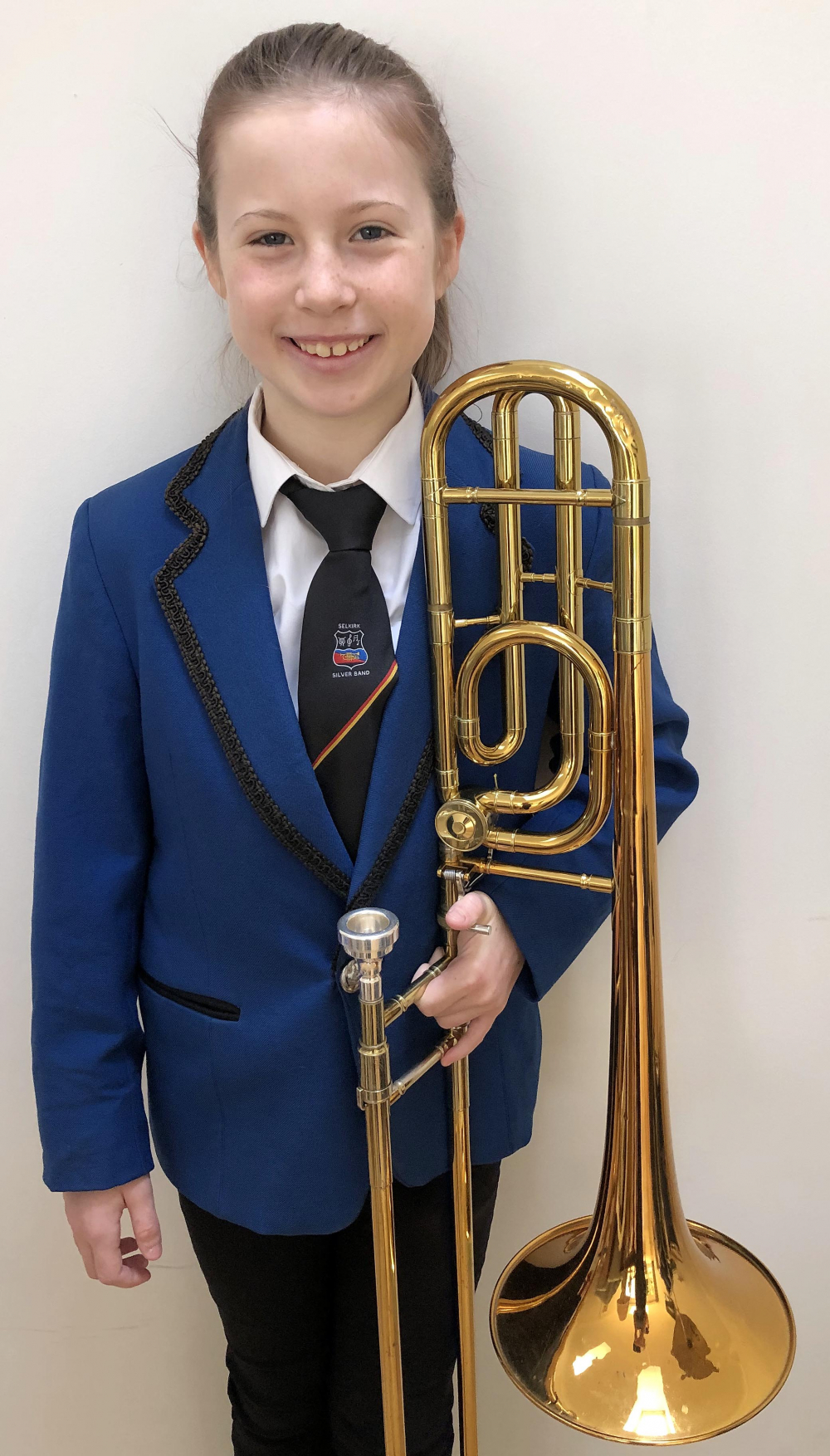 Ten years old Iris Deane (above) has been playing with Selkirk Silver Band, now in the second section, for a year now, demonstrating her versatility on trombone and percussion. Having started to learn on tenor horn, she has also played with Galashiels Town Band and the NYBBS Children’s Band.

“I enjoy playing at events like the Common Riding,” she says. “Everyone is friendly, kind and supportive – and it’s fun! We are like a big family.” 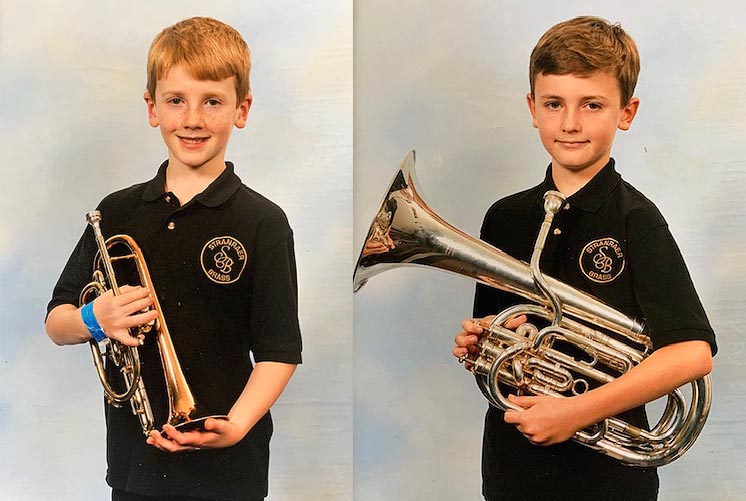 Brothers Lewis and Aidan Miller, aged 11 and 13, are members of fourth section Stranraer Brass where they play cornet and baritone respectively. Both have been playing for six years, having started with Stranraer’s junior brass band, and have been members of the NYBBS Children’s Band.

Learning new music, making friends and taking part in concerts and competitions is what Lewis likes most about banding. For Aidan, taking part in the Scottish championships was a highlight. “Making friends with people in my own band and from other bands is also something that appeals to me,” he said. Kilmarnock Concert Brass percussionist, 10 years old Katie Docherty won the prize for the youngest player on stage at the Scottish championships in March. She is joined in the young person stakes in the band by bass-playing twins Adam and Robert Riddiough, aged 13.

Katie started playing when she joined the Grange Academy Kickstart Band in May last year, joining Kilmarnock just in time to play glockenspiel for the band’s performance of Neverland in Perth this year. The daughter of band soprano Tammy, she says she likes the friendliness of people in banding.

Both Bb tuba player Adam – who also won the prize for the youngest Bb at Perth – and Eb exponent Robert have been playing for five years. They learned on cornet and baritone respectively before both moving to euphonium as a stepping stone to basses. They joined KCB in January and are also members of the Salvation Army West of Scotland Divisional Band and the NYBBS Children’s Band.

“Playing in the band is fun especially as there are good players in every seat,” they agree.

There can’t be many Scottish bands with a larger proportion of junior players in its ranks than fourth section Forfar Instrumental. Currently with 11 young registered members, the band prides itself on its brass coaching capability. As there are obviously too many to feature here, we have chosen a random few. 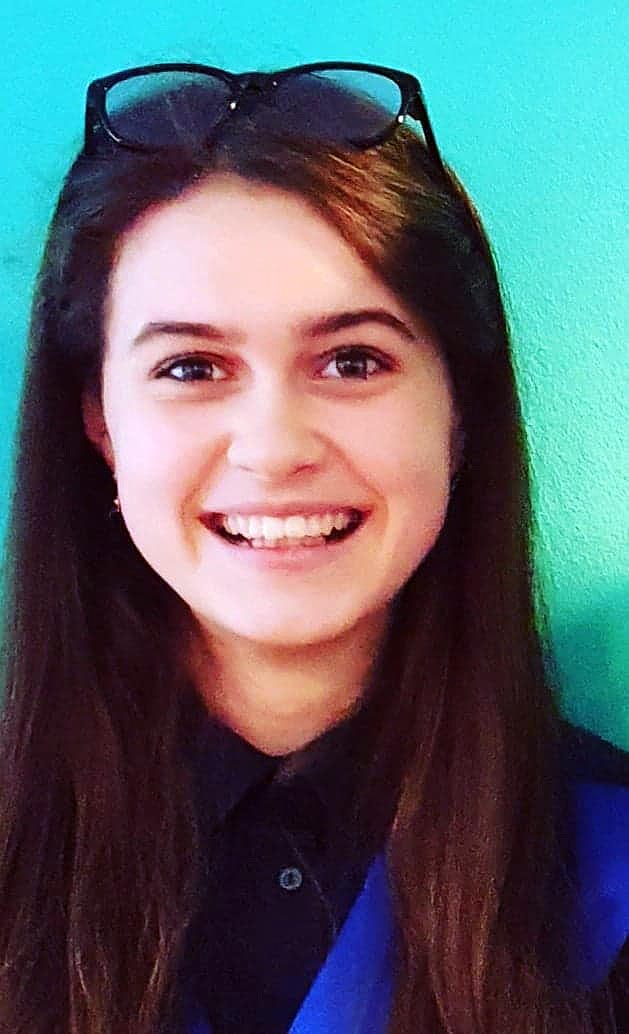 Thirteen years old Rosie Chamberlain plays baritone with Forfar as well as with her school band and NYBBS Children’s Band. “I love my banding family and all of us playing together,” she says. “My confidence has improved and my playing ability is getting better all the time. Initially I started playing as my mum (front row cornet player Tori) was in the band; I loved the atmosphere and wanted to be part of it too.” 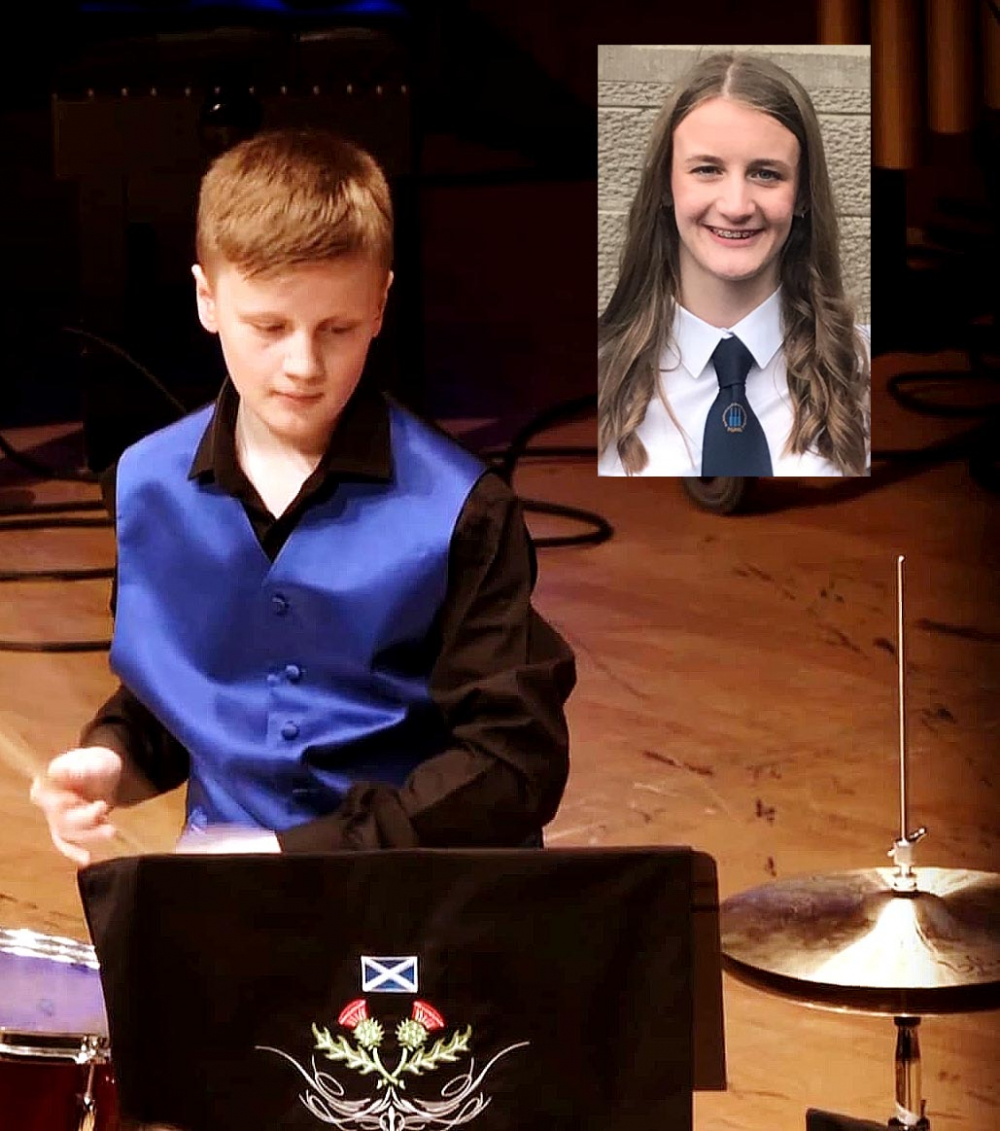 Percussionist Angus Crompton, aged 12, has his older sister Molly (inset) to keep an eye on him in the band. He has been on drum kit just over a year now and was thrilled to be part of the band on stage at Perth. “This was my first competition and I really enjoyed it,” he remarks.

Front row cornet player Molly has been with Forfar over eight years. She has played with NYBBS Children’s and Reserve Bands as well as brass ensembles at Webster’s High School. 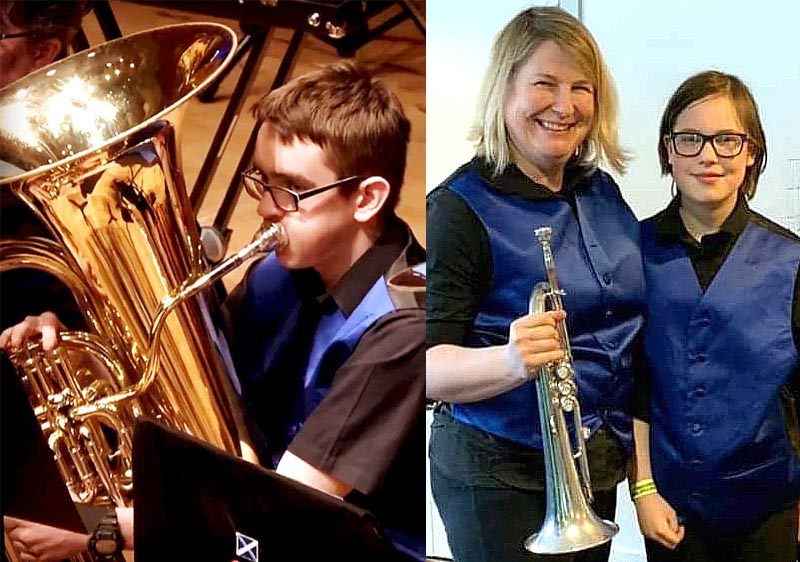 Fellow Webster’s pupil Nathan Entwistle (14) has been an Eb tuba player with the band for approaching a year, having started learning on tenor horn four years ago. “Playing music with other people and the team camaraderie is what I really enjoy about Forfar Instrumental,” he comments.

Tenor horn player, 12 years old Beth Gourlay, has been with Forfar for three years. Joining her in the horn ranks is her mother Kathleen on flugel. It’s the variety of music and playing together with other people that she enjoys the most.

But it’s Molly who probably sums up the feelings of most young brass musicians when she says: “The band is like a second family to me. I love how we can always have fun and a laugh, but also learn a lot and improve all the time.”

There’s no doubt about it, the future of brass banding in Scotland remains bright just as long as we continue to have young and enthusiastic players like these progressing into the ranks of senior bands.