SBBA has awarded Robert Laidlaw (Bob) a certificate of recognition for his 65 years of continuous service with Langholm Town Band.

The presentation was made by the band's MD Chris Shanks at last night’s rehearsal. Band stalwart David Calvert – who is now in his 67th year with Langholm Town – told a few funny stories from Bob's many years with the band before handing him a canvas from his fellow musicians as a keepsake (pictured below). 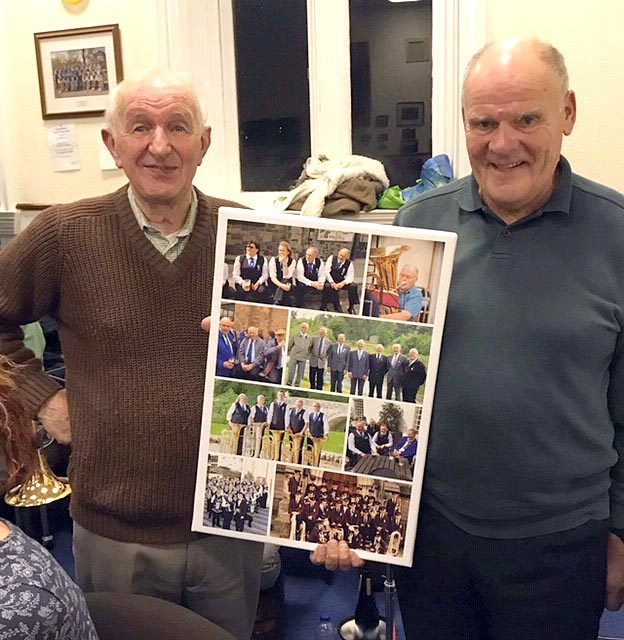 Both David and Bob will be taking to the stage at Perth with the rest of the band on Saturday, playing in the third section.