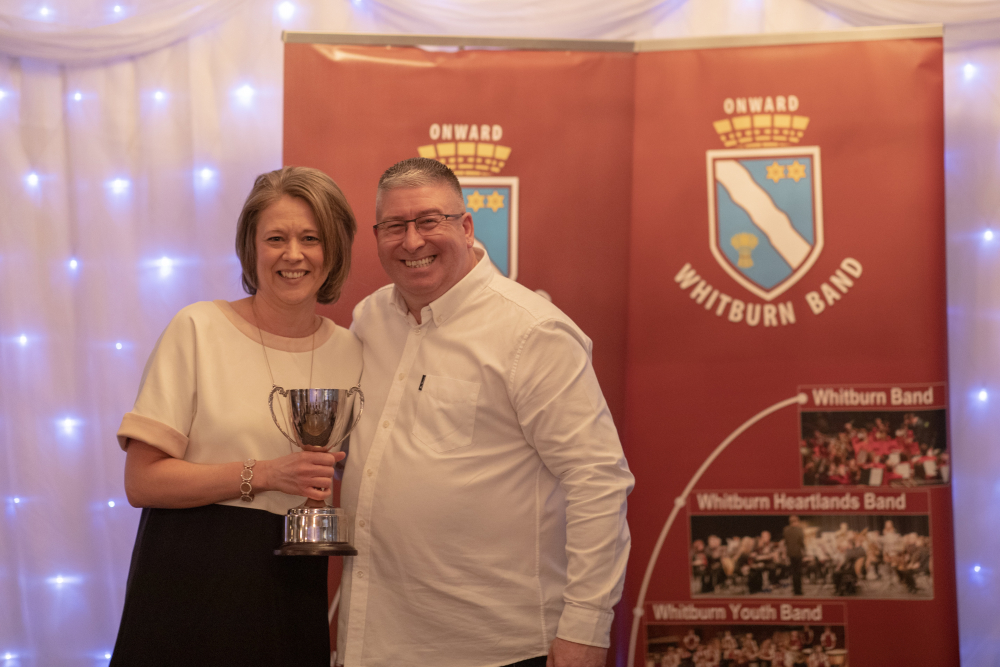 Neill Gourlay was announced as Bandsperson of the Year, while Graham Fraser was given a special Chairperson Award for his service.

Stephen Duncan was given a medal for ten years of membership.

The Whitburn Youth Band prizes were:

Player of the Year - Ross Gilchrist

For Whitburn Heartlands, the awards were: