Congratulations to Mike Robertson who has received the BEM in the Queen's Birthday Honours List for Services to music in Angus.

Michael started playing in 1970 with the Alloa Burgh Band under Robert Stein. In 1976 he moved to London to study at the Royal College of Music. While in London he also had the opportunity to study with Joseph Horowitz, Gordon Langford, Edward Gregson and John Iveson. On graduating he was employed by Tayside Council as a brass instructor and in 1995 he moved to Angus Council where he now worked in Carnoustie and Monifieth. He started conducting Arbroath Instrumental Band in 1999 and from 2001 the band gained successive promotions from the 4th to the 1st section. In 2008 the Carnoustie and District Youth Band was formed and entered into the Scottish Youth Band Championships where it won the Development class at the first attempt. The band then moved up to the Premier class, taking first place in 2009 and 2010. In 2009 the band entered the British Youth Band Championships in Manchester and won the Intermediate class. 2010 and 2011 saw the band win the Premier section in Manchester.

In 2011 Michael was awarded the Mortimer Medal by the Worshipful Company of Musicians for his work with young people and youth bands, an award he is very proud of. Also in 2011 Carnoustie and District was named Radio 2 Youth Band of the Year with one of its members, Ross Knight, winning the Radio 2 Young Brass Player of the Year award, the band’s bass trombonist, Joe Walters has been named as the Radio 2 under 21 Brass Player of the Year. The band also took part in the Festival of Youth Music in Perth and as a result performed at the spectacular Music for Youth Schools’ Prom in the Royal Albert Hall, London. 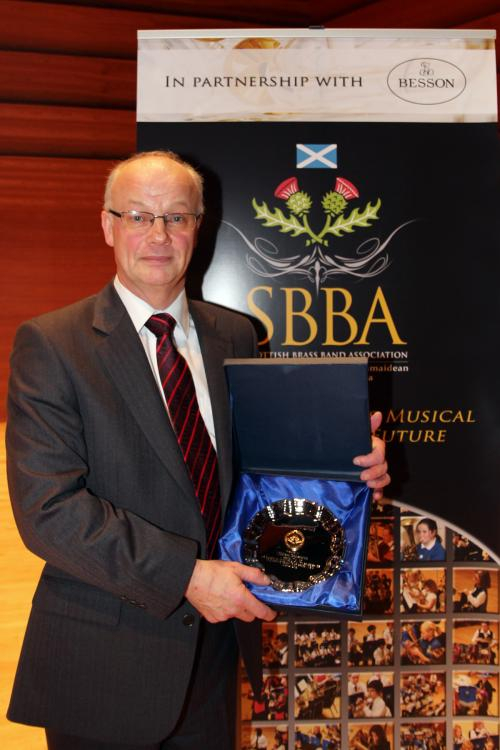