Whitburn Band thanks two of its longest serving members 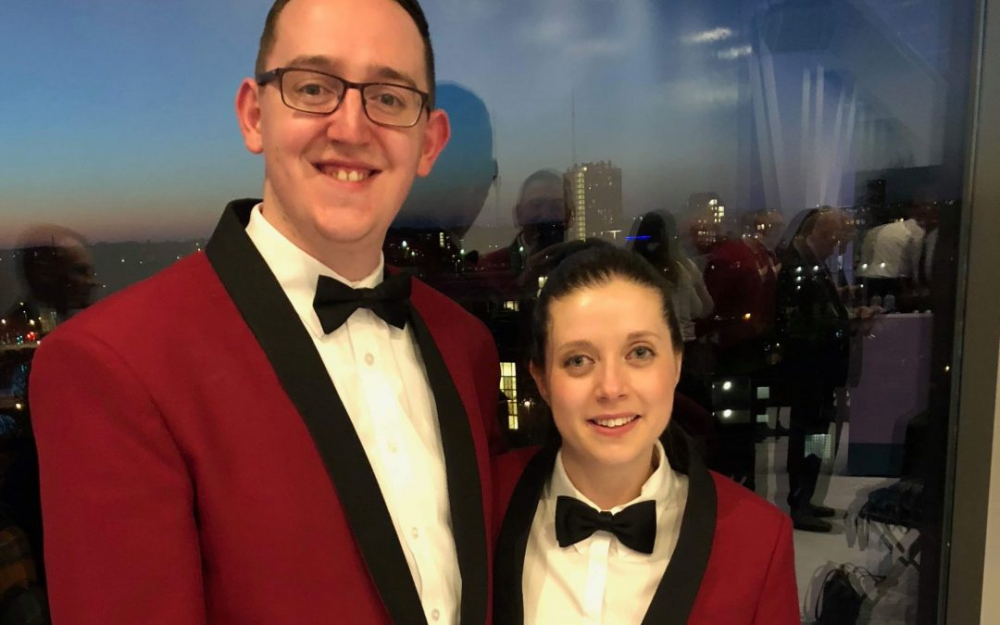 Whitburn Band thank Michael and Jennifer Fleming as they depart the band, both being involved with the band for over a decade, two of its longest serving players, as they take some time away from banding to focus on other things.

Michael, who played solo horn with Whitburn, first joined the band on second horn when he was 12. He was part of the band that finished second in the British Open in 2003.
After leaving Whitburn, where he enjoyed playing solo horn with the Dalkeith and Monktonhall Band, Michael returned to the band a decade ago to play alongside his father Iain once more. He was named Whitburn’s Players’ Player of the Year in 2013.
Jennifer, meanwhile, has been an ever present in Whitburn’s back row for over ten years. She joined the band after coming through the ranks at the West Lothian Schools Brass Band and has won six Scottish Championships with Whitburn since 2008.
Jennifer and Michael have both been pivotal to the band’s recent successes, such as the aforementioned victories at the Scottish Championships and the Scottish Open – which the band has won for the past five years.
Both players also excelled in Whitburn’s victory at the 2017 Grand Shield, and the runner-up place at that year’s British Open.
The couple were married last year, with Whitburn members proudly playing Jennifer down the aisle.
Michael and Jennifer Fleming said: “Leaving Whitburn has been a tough decision.
“The band has been a massive part of our lives for over a decade but we have decided to take some time to focus on other things outside of brass bands.
“We will miss everyone involved but are certain that the band will continue going from strength to strength.” 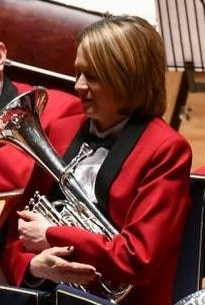 Alison Hall is the new Solo Horn at Whitburn

Michael will be replaced on Solo Horn by Alison Hall, who moves up from the second horn chair.Meanwhile, Liam Orr will return to the band’s cornet section after he completes his Masters in Trumpet at the Royal Northern College of Music in Manchester.

Alison said: “Since coming along to Whitburn in 2014 to ‘help out’ for the Europeans I have had an enjoyable five years making great memories and historic results with the band.“I am very sorry to see Michael and Jennifer leave the band as we have had many great times together. In light of the Solo Horn seat becoming vacant, I am both honoured and delighted that the band has offered me the position.
“It is a responsibility I will take on with great enthusiasm and commitment and I am already looking forward to the challenges ahead.” 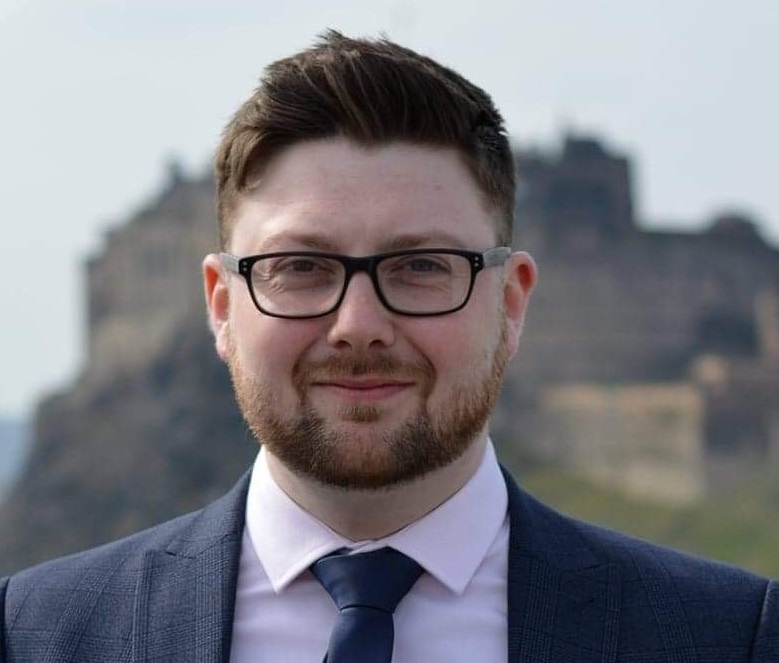 Liam Orr will return to the band’s cornet section

Charlie Farren, Whitburn Band Chairman, added: “We are saddened to be losing two core members of the band who have been part of our group for more than ten years.
“We completely understand and respect their choice to take a break from banding and wish them well for the future and thank them for all they have given to the band.
“We are delighted that Alison is stepping up to the Solo Horn chair.“Alison is a vastly experienced player and we have no doubts that she will do a fantastic job.
“We also welcome back Liam to strengthen our ranks in time for the British Open and National Championships.”