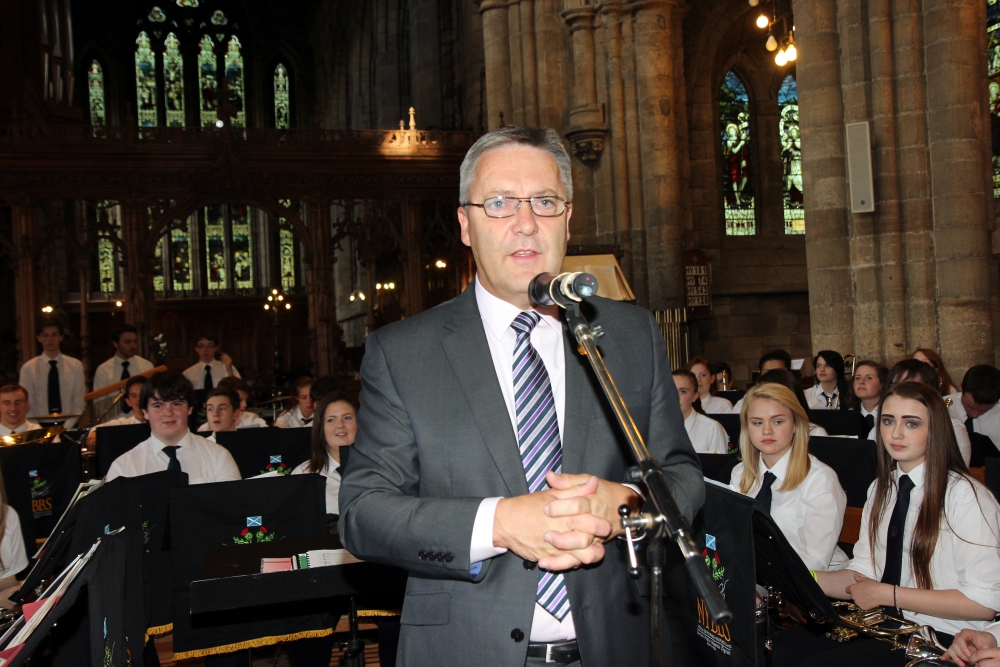 John Boax was educated in Kilmarnock, attending James Hamilton Academy, where he began to play the cornet under the tuition of Andrew Keachie. He played in the school band, and later became a founder member of Kilmarnock Concert Brass.

In 1978 he became a Peripatetic Brass Instructor for the Ayr division of Strathclyde, being based at Carrick Academy in Maybole. In 1980 he founded the Carrick Youth Brass Band, with whom he had many fine contest results, including two Scottish Championship wins and in 1991 becoming the European Champions, the first British band to do so.

In 1985 he was approached by Dunaskin Doon Brass Band with a view to become their Musical Director, this was the start of eight very successful years which saw the band move from 3rd section to championship status during that time. In 1993, John took the David A Hall Whitburn Band before moving to the Dalmellington Band as a conductor and player for the next 7 years. John enjoyed a return to the helm of the Dunaskin Band before taking up his current conducting role with the Irvine and Dreghorn Band, whilst continuing his cornet playing as a member of The Dalmellington Band.

John has worked with many bands across the UK, including some of the top names in the brass band world, such as Major Peter Parkes, Phillip McCann, the Childs brothers, Geoffrey Brand, Richard Evans, Paul Lovatt-Cooper, John Doyle and many others.. He is currently employed by East Ayrshire Council, where he works in two of Kilmarnock's secondary schools, maintaining his commitment to the young brass players of the future, including the organisation of many inspirational tours with his school groups to France 2005, Barcelona 2008, Lake Garda in 2010, Black Forrest 2012 and this year returning to France.

John has been associated with the National Youth Brass Band of Scotland for 29 years, as a tutor with the senior band, and now as the conductor of the Reserve Band, an association of which he continues to be extremely proud.