Host of awards for deserving players at Coalburn presentation evening

Coalburn Silver Band’s longest serving member has been presented with a life membership medal from the Scottish Brass Band Association.

The award was handed to Gordon Miller by Coalburn president Alan Court at the Coalburn band family’s annual presentation evening earlier this month at The Fountain community centre in Lesmahagow.

Gordon joined the band in the 1970s and has been player, conductor, tutor and mentor throughout his long banding career. His award was just one of a host of presentations to members throughout the Coalburn organisation:

Band Person of the Year – Malcolm Ormrod, Samuel Ramsay and Luke Howarth who have worked extremely hard and have been helpful at both rehearsals and engagements.

Children’s Choice Award for helping, mentoring and encouraging the children throughout the year – bass player and vice president Alan Ormrod

George Blackwood Memorial Trophy for the most improved player – Nathanael Ramsay for his commitment to band, improvement in playing and excellent behaviour at rehearsals

Most Improved Player – Megan Cowan who has recently joined from the Bronze Band and has shown excellent progress at rehearsals and performances.

Special Recognition Awards were given to Ewan Grant, Calum Miller and MDs David Fehilly and Gareth Bowman for their immense contribution to the online and virtual performances throughout the period of the pandemic. 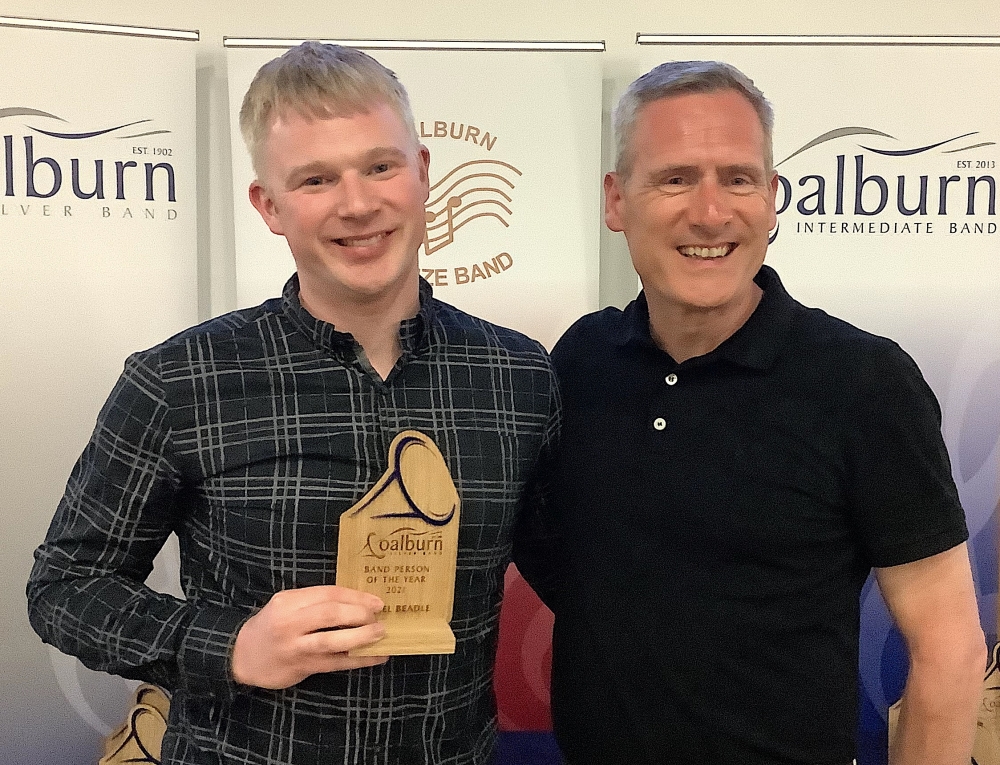 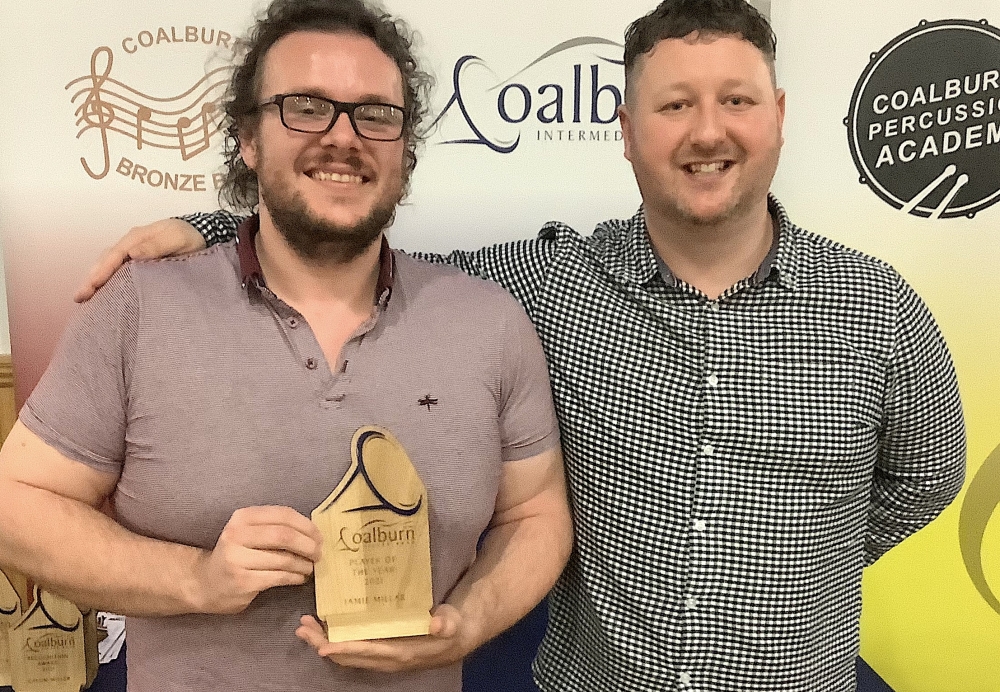