Chris thrived under the high standard of musicianship around him as there were many ex-members of the disbanded championship section City of Edinburgh Band in MacTaggart Scott.

With the band, he enjoyed many concerts, competitions, local engagements, and several band trips including one to the village of Lindos on the Greek island of Rhodes which he initiated.

Although not one to take contesting too seriously, Chris won a few solo prizes including the best instrumentalist award for his cadenza playing in Labour and Love at the 2010 Scottish Championships.

His sons Lloyd and Leighton continued the family brass tradition, extending it to five generations, when they joined the newly-formed Loanhead Brass Roots.

In 2012 Chris and Leighton transferred to Newtongrange Silver Band which, a year later, won the First Section title in the Scottish Championships. Several other victories followed including the Senior Trophy at the Spring Festival in Blackpool in 2013. 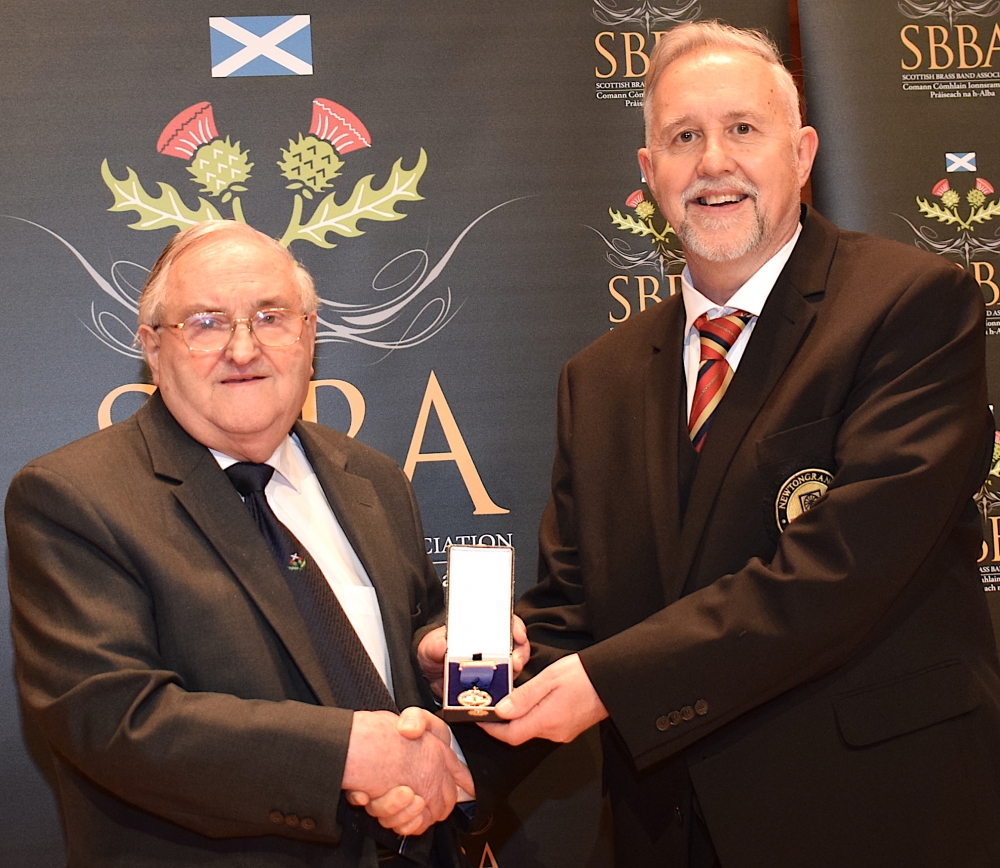