A memorable weekend for young Scottish brass musicians in Birmingham

While the contest result was not what NYBBS, conductor John Boax and their supporters would have wished for, it was an occasion which will leave a lasting impression in the minds of the young musicians who relished the opportunity to compete at one of the biggest events in the brass banding calendar.

The players followed up their on-stage performance with a short concert outside the hall in a pop-up bandstand. 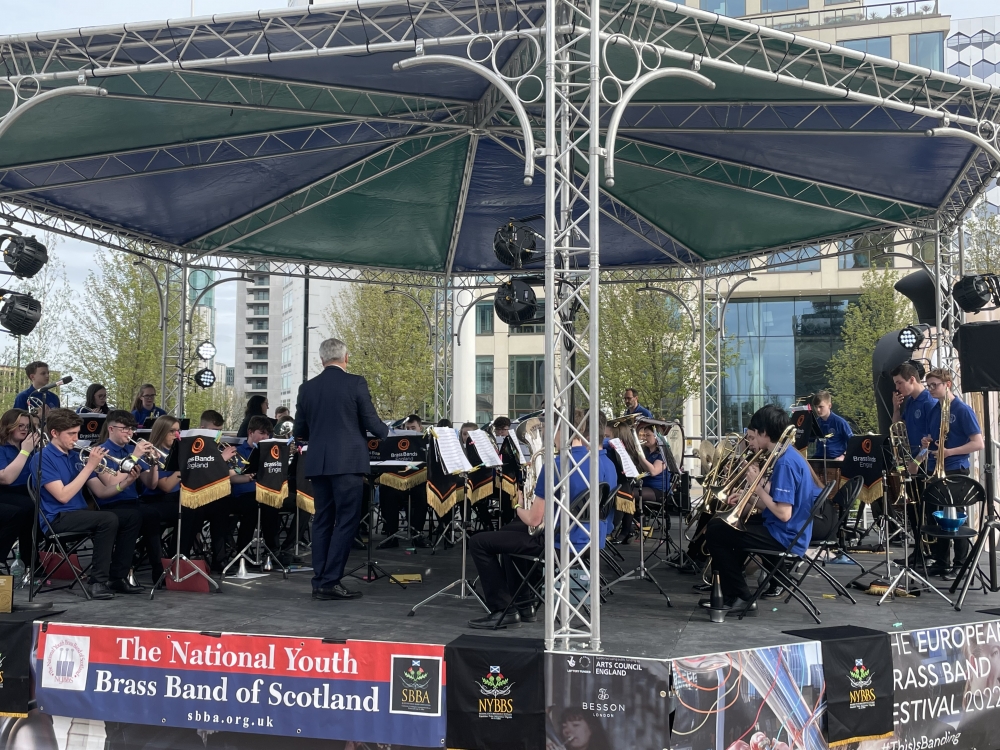 Cornet player Callum Robb and baritone Holly Bennett, who hail from Whitburn Band, and Eb horn Amy Paterson, who plays with Black Dyke Band, played with the EYBB at the Royal Birmingham Conservatoire last Tuesday evening. Amy was given the special honour of playing principal horn with the EYBB. 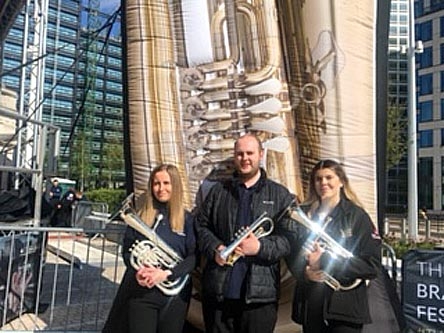