Back with a vengeance – that’s Scottish banding at championships

Despite all the slings and arrows that Covid could throw at society, this weekend’s Scottish Championships were proof, if any were needed, that brass banding can bounce back from adversity with a vengeance.

With an encouraging display of musicianship, the Fourth Section opened up Sunday’s proceedings at 9.30am in the Perth Concert Hall. Eight bands participated after Coalburn Intermediate had to withdraw after receiving some tragic news about one of their banding family.

Section 4B showed off the up-and-coming talents of youth and non-contesting bands before the big guns arrived on stage. Playing first in the Championship Section, the cooperation band laid down markers for the ensuing competitors to match on the test piece Contest Music by Wilfred Heaton.

In the end the choice of adjudicators Sandy Smith and Sheona Wade for the championshio title was Whitburn Band, playing off the no.6 position. Taking second place was Bon-Accord with the cooperation band in third spot.

Brass Sounds Inverclyde was the favourite of adjudicators John Doyle and Sandy Smith in the Fourth Section with its sparkling performance of Stephan Hodel’s Argos. Taking the runners-up and third places were Stranraer Brass and Dundee Instrumental respectively.

Participating in Section 4B were Abbey Brass, Clackmannan Youth & Development and Brass Central Strathearn for the listening ear of John Boax. After giving feedback on their performances, he will be visiting each band’s premises to offer tuition to the players. 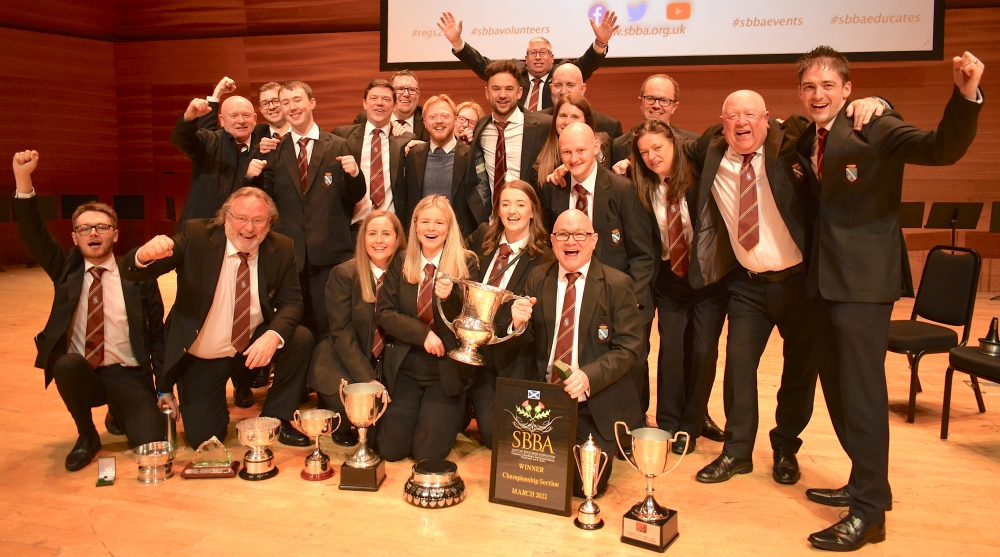 Full results for the day were: 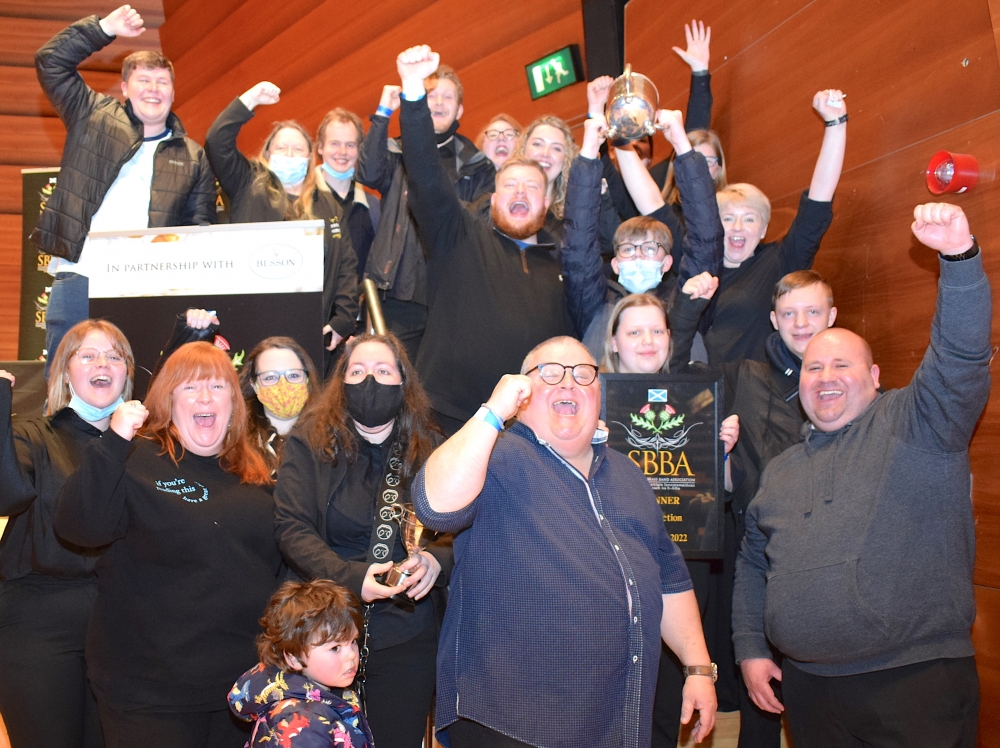 The whole weekend was testament to the resilience of bands to the events of the past two years since the 2020 championships. In the words of SBBA president Carrie Boax in witnessing the excitement of the members of winning bands: “This is what we have been missing for so long. It’s just great to be back!”

More photos to be posted shortly