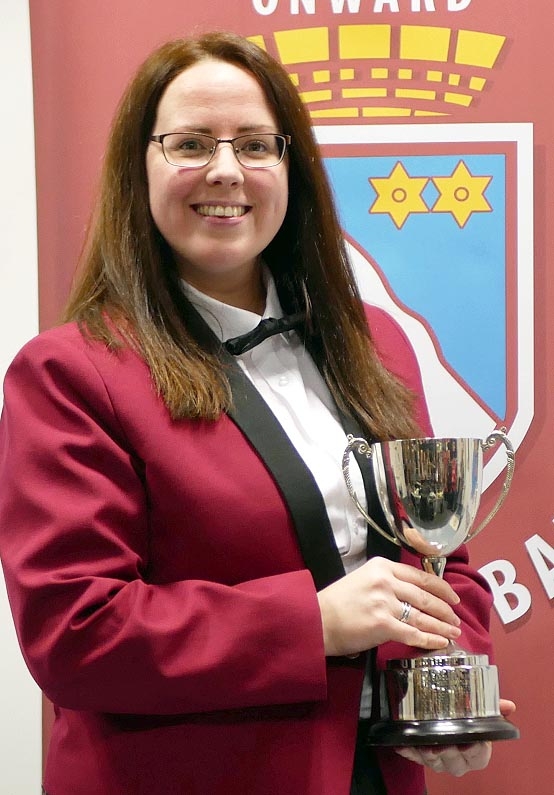 Her 2021 ‘double’ represents only the second time one player has won both awards in the same year since their inception in 2013.

Solo cornet player Douglas Couchman (below) was awarded the Bandsperson of the Year award and there were also three long-service medals handed out. 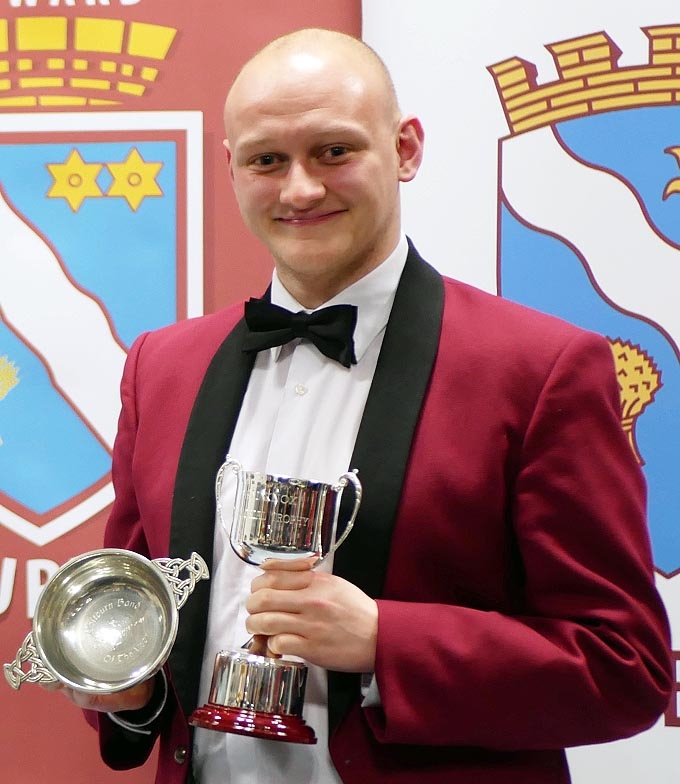 Principal Bb bass Alan Gourlay  was recognised for 30 years’ service with the band, while principal Eb bass Graham Fraser marked 20 years’ service. John Fraser, meanwhile, was acknowledged for his continuing tenure as band secretary, a post he has now held for longer than any other person in Whitburn’s history.

The development bands in the Whitburn Band organisation have also handed out their awards for 2021.
Whitburn Heartlands euphonium player Scott Gilchrist won the awards for Bandsperson of the Year for both Heartlands and Whitburn Youth Band, while Heartlands Players’ Player of the Year was cornetist Zoe Wilson.

Eb bass Xander Kerr was given the award for Most Improved Player in Whitburn Youth Band, with tenor horn Tyler Clark named Player of the Year.

For Whitburn Wee Band, all members were presented with certificates from conductor Charlie Farren, with six of the young players invited to move up to the Youth Band.