Seventy years ago, 6 February 1952 was the date HM The Queen's reign began following the death of her father, George VI.

On the same day in Langholm a 12 year old boy took his place in the first of many band rehearsals upstairs in what is now the Douglas Hotel: David Calvert had started on a 70-year journey through banding.

During his time with the band, David has played for royalty, the first man on the moon and the Lord Mayor of London among hundreds of performances across the country.

His first public appearance with the band was for the Queen’s Coronation in June 1953. He first took to the stage in a band contest in 1955 and played with the band at last year’s National Brass Band Championships at Cheltenham Racecourse under the baton of MD Chris Shanks. His appearance at the finals was his third with the band having played in London in 1964 under Alfred Chapman and 2010 with Alan Fernie. 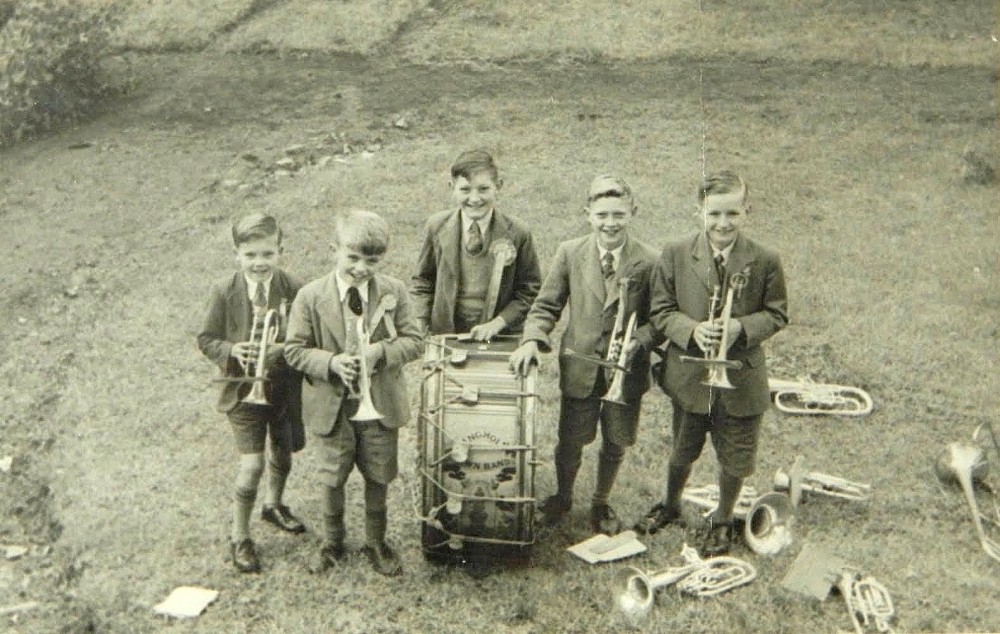 David, like most brass learners, started his playing days on a cornet before moving to the tenor horn where he filled the solo seat until he felt it was time for a younger player to pick up the role. He played the solo ‘Iona’ in many competitions across the Borders with many of his late friends.

Under his direction, a junior band was formed and over the years more than 100 young people from the town have learned to play a brass instrument. The band played across the country at the Glasgow Concert Hall, Newtongrange at the Brass in the Park contest, St Ronan’s Contest and a number of local concerts free of charge.

David still plays with the band and donned his sombrero at the town’s recent Chilli Festival. He continues in the role of band librarian – with his unique filing system which only he understands! – and works tirelessly to support the band in whatever way he can. 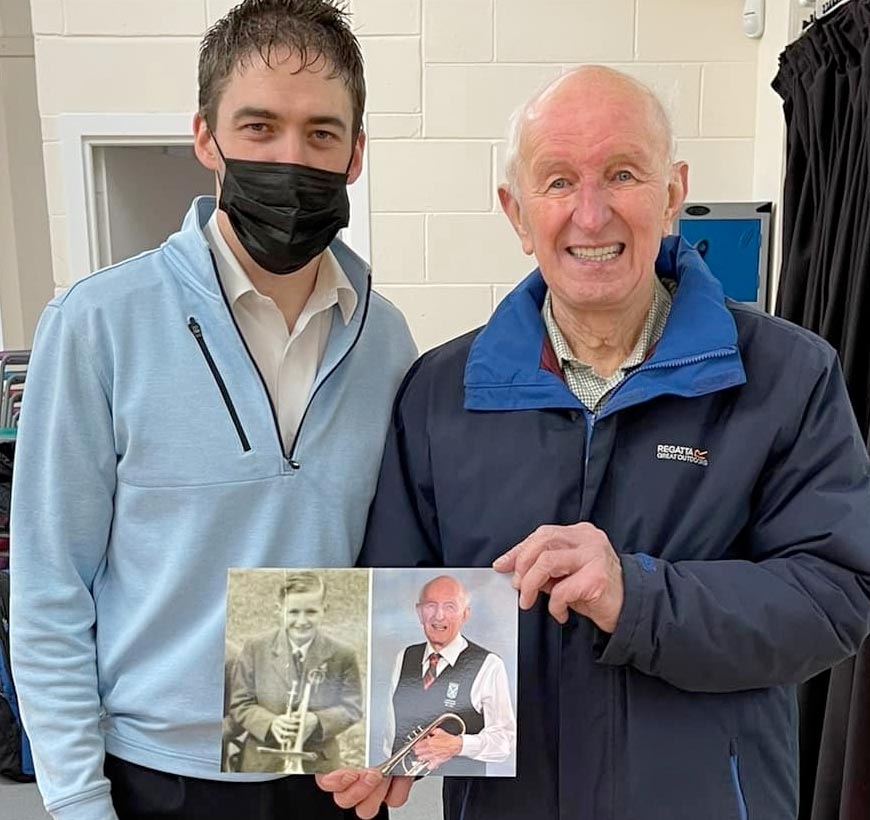 David’s allegiance to Langholm has initiated a ‘musical dynasty’ of Calverts at the band. Son John plays E-flat bass and daughter-in-law Christine is on flugel (and is the band secretary), while their children Ashleigh and Josh play solo cornet and 2nd cornet respectively.

• Do you know of anyone in Scotland who can beat David’s run of 70 years with the same band? Drop us a line at sbbapr@gmail.com