Young skills on show with confidence at Clackmannan Christmas concert

You wouldn’t have guessed that the Clackmannan District Band’s Christmas concert was the first time its beginners’ section had played in public – it was a superb performance as the youngsters played together beautifully with not a single sign of nerves.

Clackmannan is proud of its beginner, youth and development set-up at its newly refurbished band hall in Alloa. Secretary Phillip Lamb explained that the Youth and Development Band was also excited to be back in front of an audience and impressed everyone with their ever-growing skills.

“The last time they performed in a hall was almost two years earlier at Perth Concert Hall in Section 4b,” he said. “They enjoyed that experience hugely and are looking forward to repeating it this year, working hard on their first-ever test piece. 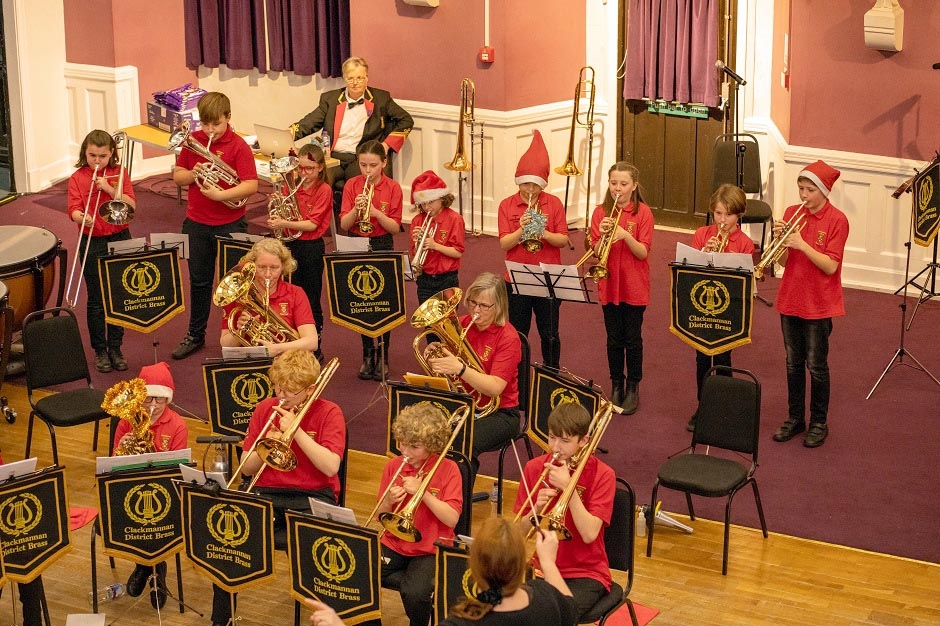 “Several of the players were quite shocked to find that they had so many pages to their music and that a single piece can last so long – but they are rising to the challenge admirably.”

The young players have bounced back from lockdown with great success and have returned to rehearsal without the loss of a single member. In fact their number has swollen to the point where they’re now almost a full-strength brass band!

Beginning five years ago with just a handful of young musicians, Clackmannan District Youth and Development Band is now made up of players of a wide range of ages and abilities. 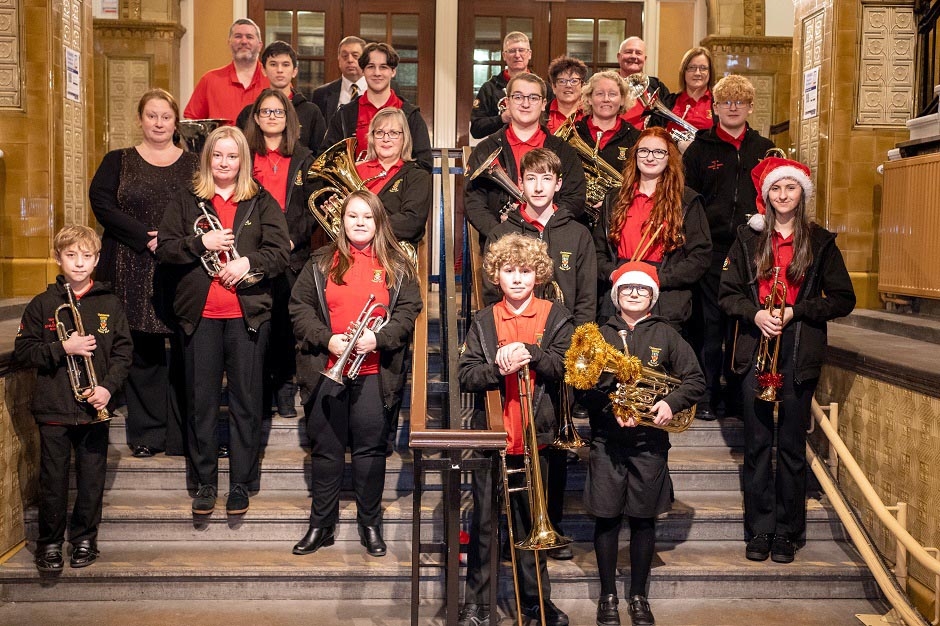 Phillip continued: “Alongside our school age members, the band includes adult learners, mature players sharing their years of experience, and young back row players from the senior band, improving their confidence and skills through more challenging positions in the cornet section.

“When the standard of the band improved so much, we decided we needed a separate Beginners’ Band. We must thank the excellent StAMP – St Andrews Music Participation – project for providing us with several enthusiastic beginners who form the majority of this new group and we’re looking forward to taking in more learners as this fantastic project continues.”

The players kept in touch during lockdown through their Facebook group. A particular highlight was a video Advent calendar with at least one festive performance each day being broadcast.

Phillip recalled: “We had all kinds of surprises, singing and dancing, family involvement, and occasionally large doses of silliness. This was so much fun that we did it again last Christmas. It was lovely to have contributions from our new beginners and also nice for players to be able to work together this time to produce some really marvellous offerings.”

When lockdown restrictions eased last May, the band was ready and waiting to start playing together again. “With risk assessments and Covid procedures in place, we had our first outdoor rehearsal at Sauchie Juniors Football Club, who were kind enough to allow us to use their space until we could get back inside,” Phillip added.

“We took the opportunity to perform at a local retail outlet and entertained shoppers with all our most upbeat tunes. Afterwards, many people told us that this was the first live music they had heard in over a year!”

You can catch up with the Clackmannan District Band organisation at https://www.clackmannanbrass.co.uk/ and https://www.facebook.com/ClackmannanDistrictBrassBand 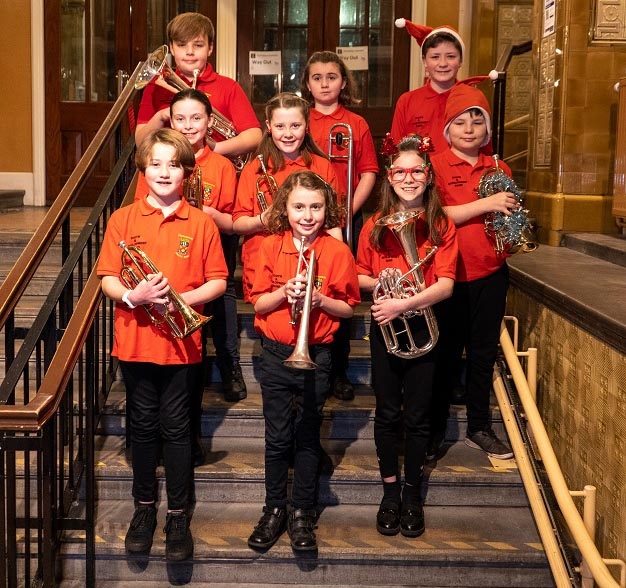