Four brass players from the same band are the latest recipients of SBBA life membership awards.

Owen Downs, Willie Gardner, Tommy Harrower and Robert Doherty, who are all members of the Unison Kinneil Band in Bo’ness, have collectively racked up over 200 years of brass banding between them.

Soprano cornet player Owen first contested in 1970 at the Edinburgh Charities contest with Alloa Burgh band, before moving on to play with Kinneil Colliery, Bo’ness & Carriden, Whitburn, Broxburn Public and Clackmannan District before finally returning back to Kinneil in 2016. He was part of the historic and memorable performance that brought the 2019 1st Section National title over Hadrian’s Wall for the first time.

Flugelhorn player Tommy started his playing career in 1962 with the Buckhaven Band before moving onto the Hammond Sauce Works band six years later. In 1972 he studied at the Royal Military School of Music before serving with The Black Watch Band.

Tommy has played in many professional settings over the years but his retirement from the forces led him to play for Bathgate Band, Kingdom Brass, Clackmannan, Bo’ness & Carriden and finally to Kinneil. He too was a member of the National 1st Section title winning band in 2019.

Cornetist Willie has served Kinneil Band continuously from his introduction to playing brass in 1969 through to present day. Throughout this time he has served as chairman in the 90s, considered a successful time within the band history.

His first contest was the Scottish Championships in 1972. He attended NYBBS in 1976 as bumper-up in the Intermediate band before returning in 1977 as repiano. Willie’s highlight reel is extensive, including several tours abroad, participation in National Finals at the Albert hall in London and various lower section finals.

Tenor horn player Robert also joins Willie in serving solely Kinneil Band throughout the past half-century. He started playing in winter 1968/9 attending classes after school. From there, he went on to join Kinneil Junior Band, progressing on to the senior band in preparation for the 1971 Scottish Championships. However, the band did not participate that year so he had to wait till 1972 for his debut.

Robert has participated in the National finals no fewer than nine times, featured with Kinneil band in TV and radio broadcasts, participated in several tours with the band and is currently band secretary, a position he has held since the early 80s. He has also served on the SBBA committee on two occasions over the years and also the ECBBA in the vice-presidency role.

The quartet were presented with their SBBA life membership medals at the Kinneil’s Christmas concert, the first engagement back in front of the public since the Covid pandemic struck.

Band manager Ruth Kelly commented: “We felt it was really important that these awards are recognised at a public event and we were so pleased that we were eventually able to do this.” 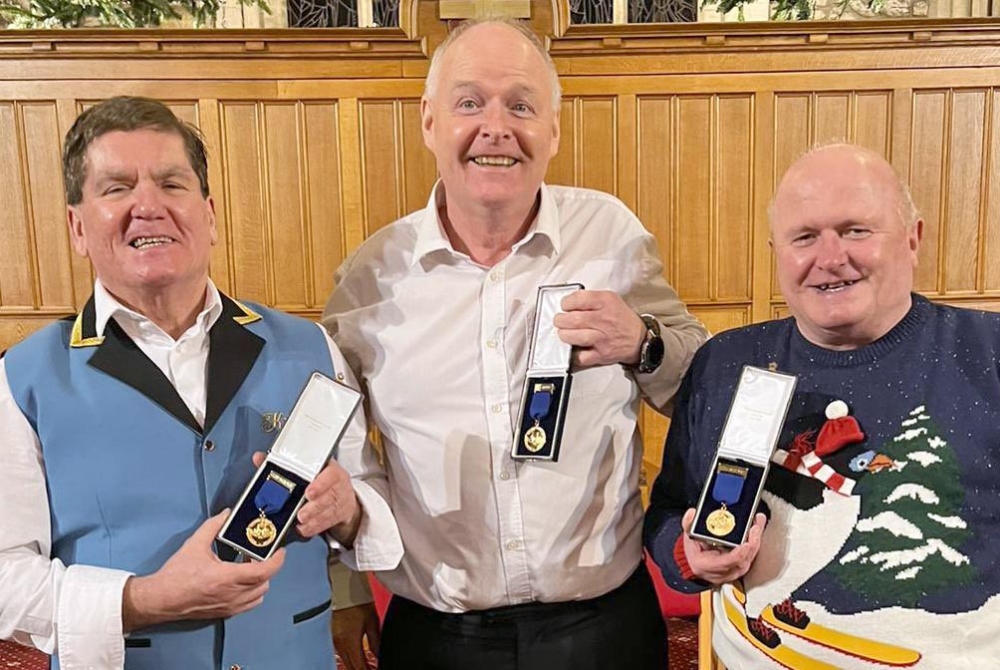 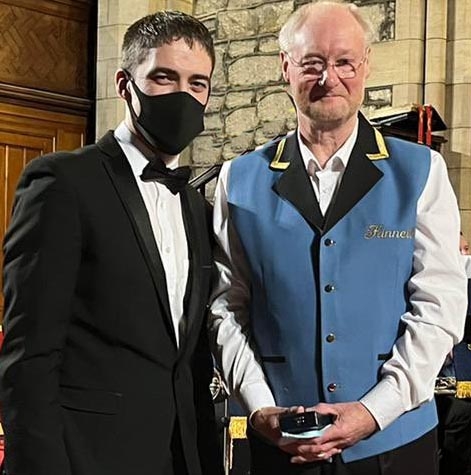