Percussionist Euan Glendinning is on course for a life as an army musician – and he credits his career move to the tuition and development he received while with the Jedforest Instrumental Band.

Euan has completed his basic training for the Royal Marines Band Service with flying colours after commandos tested his fitness and endurance to the limit.

Out of 30 recruits, he was ranked the highest scoring male and deemed ‘Physical Superior’ by demanding training instructors at the Commando Training Centre near Exmouth in Devon after 14 weeks of training.

The 21 year old, who was a member of Jedforest Instrumental for ten years, is now preparing for the musical element of his training in Portsmouth over the next three years.

He is following in the footsteps of a former Jedforest cornet player, Alan Lyall, who did 23 years in the Royal Marines Band as a principal trumpeter.

Euan had been made redundant at the end of 2020 and was unemployed for nine months – but it was time he used to prepare for the daunting army training by physical keep fit exercises at home during lockdown and running in the hills in the Borders.

He said: “I suppose when I was made redundant it was a blessing in disguise because it gave me the opportunity to apply and get going.

“The Royal Marines training was gruelling because you are being tested by commandos and, even though you are joining the band service, they still have certain fitness expectations.”

Euan continued: “It’s while I was with Jedforest Instrumental where I got the interest in what I’m now doing. I’ve wanted a military career for quite a long time and, having sat down and looked at my options, I thought ‘I do music and want a military career – why not combine the two?’”

He added: “The role will involve lots of travel and that’s something I’m looking forward to – seeing other parts of the world.” 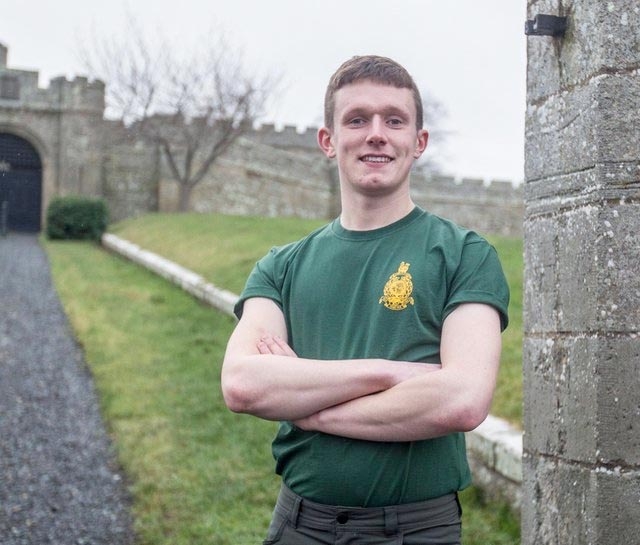