The second video in the Scottish Brass Band Association’s Composers Project series has been released, featuring Iain Mundy conducting Whitburn Band’s performance of his new piece, To Catch a Spark.

The project, which was made possible through funding from Creative Scotland, has resulted in new compositions specially written for youth bands by Alan Fernie, Cameron Mabon and Iain Mundy.

Iain (pictured) started his music career at a young age as a trumpet and cornet player in local brass bands. Having graduated with a degree in music from the Royal Northern College of Music in Manchester, he was runner-up in the first-ever SBBA Young Composer Competition in 2017. 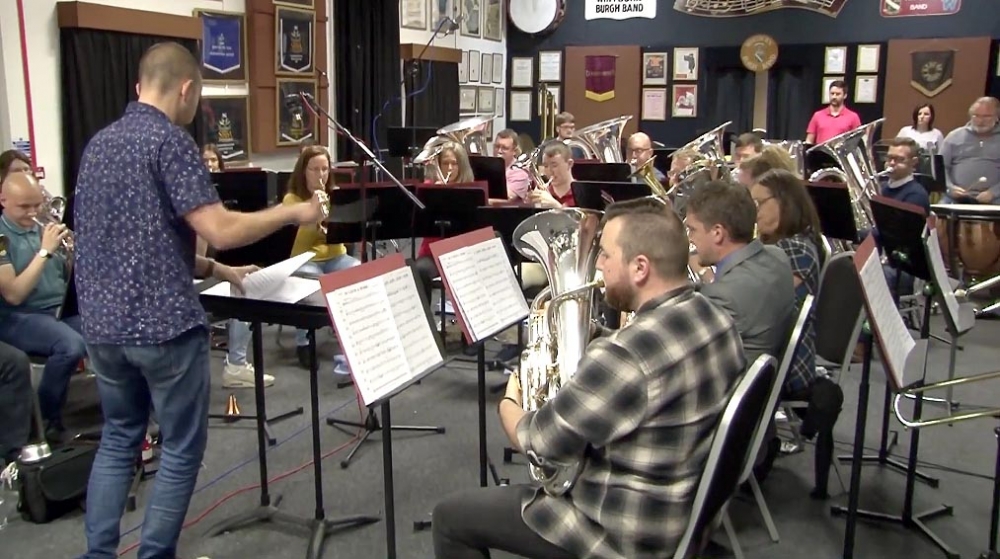 Whitburn Band has video recorded all the pieces which have been conducted by the composers themselves.

Each composition has been published by Just Music, whose proprietor is Nigel Durno. SBBA is grateful to Whitburn Band for performing the new music and to Nigel for the video productions.