Kingdom Brass ruled the roost in Cheltenham on Saturday after taking on the best 1st Section bands in the UK and beating them to win the title of National Brass Band Champions. 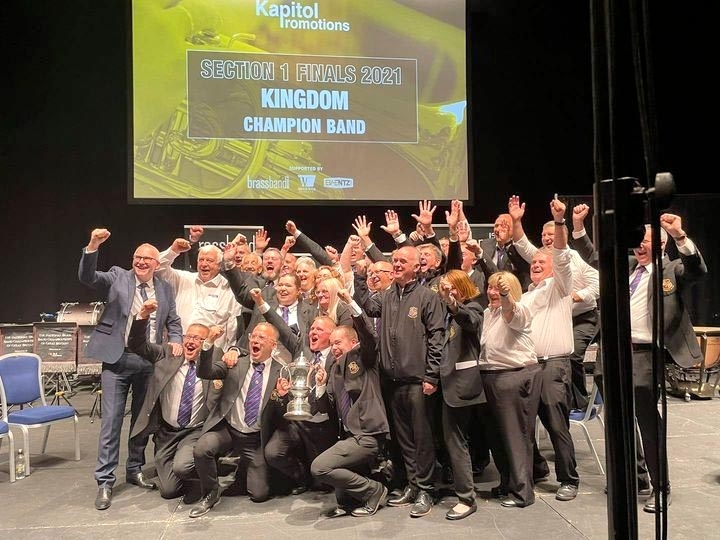 Playing under the baton of musical director Ian Porthouse, Kingdom’s performance of Connotations by Edward Gregson was considered the best by adjudicators Alan Morrison and Sheona Wade out of 14 they listened to at The Centaur.

Messages of congratulation have poured in from fellow Scottish bands who have expressed delight that the title is coming back over the border. 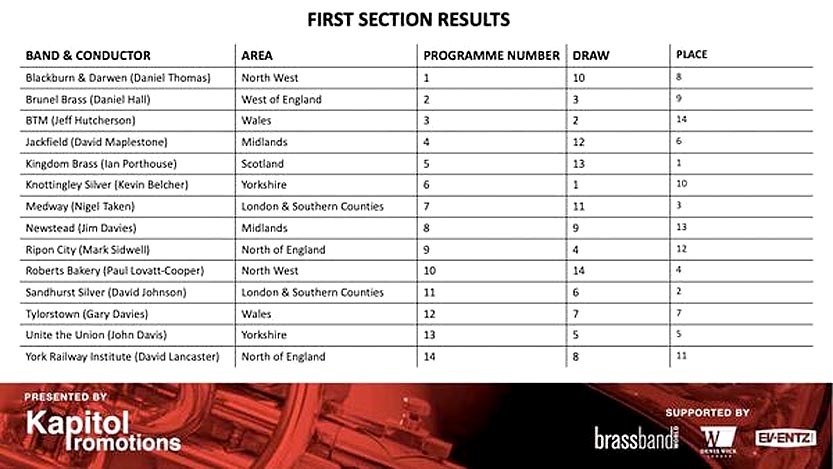 Kingdom secretary John Todd told SBBA: "The band is ecstatic on winning the Nationals, especially so after everything that's happened in the past year and a half. We've worked so hard over the past few months to bring everyone back together, first with outside distanced rehearsals then finally back in the bandroom. Huge credit goes to our conducting team of Paul Drury and Ian Porthouse for their leadership in front of the band. It's great to be back!"

Playing in the 3rd Section, Langholm Town Band (below) were disappointed at being placed 14th, but as secretary Christine Calvert commented afterwards: “Qualifying and even making it to the final has been a massive achievement for us.

"Thanks for everyone's support but the biggest thanks go to our MD Chris Shanks who is simply amazing and we are lucky to have him." 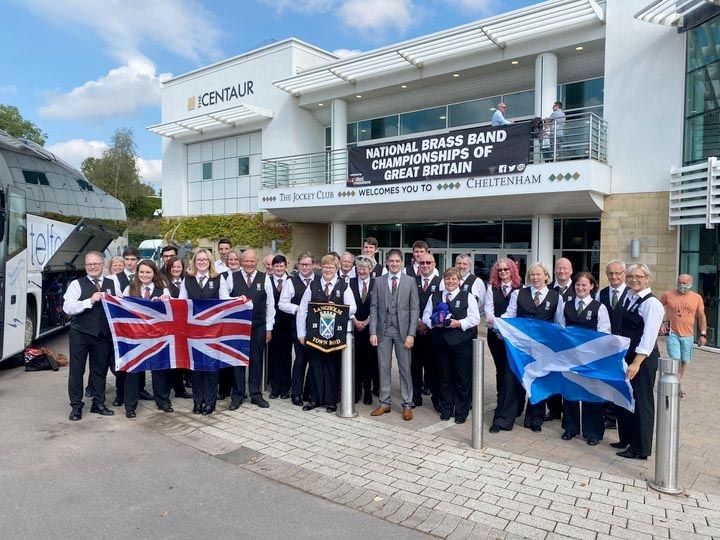 Taking the stage towards the end of the weekend on Sunday evening was Annan Town Band in the 2nd Section (pictured below at their final rehearsal). Under the guidance of musical director Andrew Warriner, the band achieved a creditable fourth place. It was a result which was greeted with lots of emotion.

"What an achievement, just amazing!" said band secretary Samantha Bryden. "Especially after months of hard work, determination and passion having not being able to play for 16 months because of COVID. For those of you who know me very well, yes there were tears of pure joy."