Members of Riverside Youth Band have enjoyed a whirlwind few months, from celebrating musical successes and trans-Atlantic collaborations to securing a new home.

The Port Glasgow-based outfit has welcomed 17 new starts as part of its innovative Riverside Rookies programme. Led by Laura Good, a music graduate of the University of Strathclyde, the initiative is guiding youngsters in Primary 2 upwards on the first steps in their journey in playing a brass instrument.

Rookies rehearsals, along with those of the Training and Youth bands, are taking place in Riverside’s new home in Port Glasgow New Parish Church, which has provided the organisation with a very warm welcome.

To say it has been a busy summer for the Riverside team is something of an understatement. Fourteen members enjoyed an intensive week of music making at the National Youth Brass Band of Scotland (NYBBS) residential summer course and the band has held its awards night, online for the second successive year due to the pandemic, at which families gathered on Zoom for an evening of celebrations.

Riverside also won the youth contest at the Whitburn Band Virtual Festival after impressing with its online programme.

In a collaboration with children from Bear Creek School in Redmond, Washington, USA, the musicians rehearsed together online before joining forces for a distance band video performance of Valiants Arise by Paul Lovatt-Cooper.

Reflecting on the hectic few months, musical director Mark Good commented: “Riverside Youth Band members have continued to acquit themselves very well throughout these unprecedented times. While there have been challenges, one of the most pleasing aspects has been welcoming new players to the organisation for what will hopefully become a lifelong love of playing in a brass band."

Duncan Galbraith, chairman of Riverside Youth Band, said: “We’re very proud of our members for their dedication and commitment over the past few months and we're grateful to Inverclyde Council's Grants to Voluntary Organisations Fund for its support in making our digital projects happen.

“Following a return to in-person rehearsals in a new home, the coming weeks and months promise to be extremely exciting indeed as the band moves to a new chapter in its history."

Riverside Youth Band continues to welcome new members on brass and percussion, from those already playing to youngsters keen to take their first steps. Contact: info@riversideyouthband.co.uk 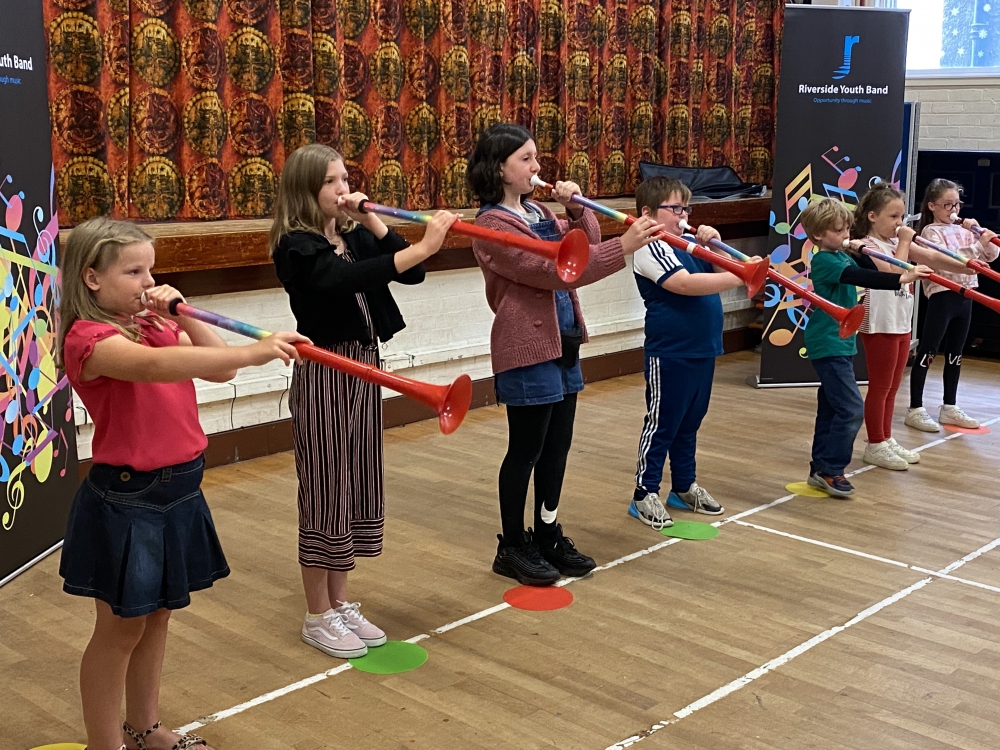 Riverside Rookies in a rehearsal

John Lee Millar Memorial Trophy for bandsperson of the year in the Training Band: Angus Paton

Most improved player in the Training Band: Hannah Martin