Park bench is dedicated to long-time conductor of town band

One of the first engagements for Montrose Town Band after the relaxation of Coronavirus restrictions was to pay tribute to former conductor Jim Easton who passed away in 2019 at the age of 91.

Known locally as ‘The Bandmaster’, Jim first joined the band in 1939. He became a talented cornet player who was to eventually lead the band for 40 years. His passing came just months after he had stepped down.

Jim nurtured generations of young brass musicians, including members of his own family. His dedication to the band resulted in him being honoured as the Montrose Citizen of the Year in 1985 and 2009 – the first person to receive the recognition twice.

His popularity saw a crowd funding campaign raise £3500 for the installation of a memorial bench in the town’s Dean’s Park where the bandstand once stood. 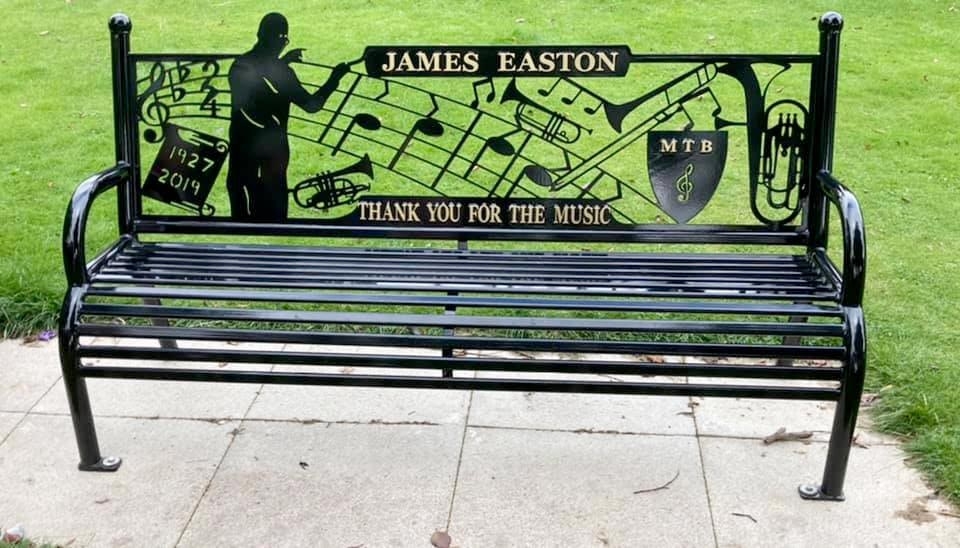 The design of the bench includes the conductor’s name and silhouette, musical instruments and the notes from one of his favourite marches, Slaidburn.

It was at a Play and Picnic weekend that the band were, at long last, able to give Jim the musical send-off he deserved alongside the bench which will serve as a lasting memory to the man who gave so much to Montrose’s brass players over decades.