Congratulations to all the winners and runners-up in the cooperation band’s online Youth Solo Contest.

In the Beginners class, tenor horn player Grace Barr took first place with her performance of The Flintstones theme tune and runner-up up was trombonist Murdo Mackenzie playing Yellow Submarine. 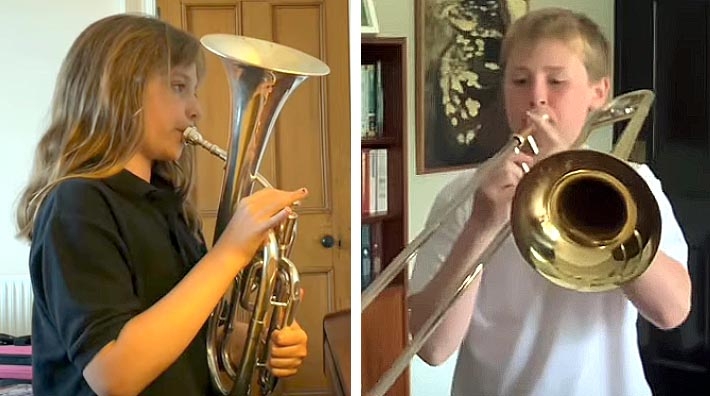 You can hear adjudicators Gerrard Hennan and Lauren McCormick Foden announce the results and offer their remarks as well as listen to Grace’s and Murdo’s solos here.

Andrew Foden and Charles Keenan adjudicated the Junior section of the contest and they chose their winner as Isla Gillespie playing The Shifter on her cornet. Runner-up was another cornetist, William Tawn, who performed In the Hall of the Mountain King. 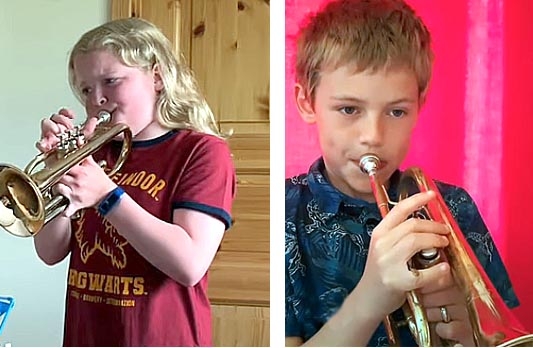 You can hear Andrew’s comments and announcement of the results and enjoy the playing of Isla and William here.

In the Intermediate category, adjudicators were Carole Ednie and Keith Johnston who chose the winner as Andrea Crumlish playing Air and Rondo on tenor horn. Runner-up was Luke Parkhill for his rendition of Flowerdale on soprano. 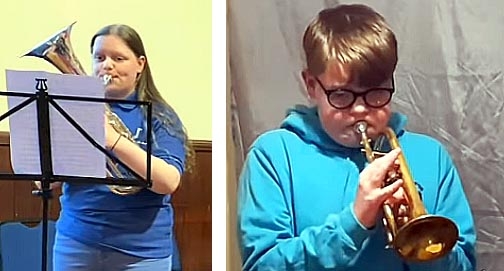 Listen to Carole’s comments and announcement of the results here where you can also hear Andrea and Luke playing their solos.

Luke also won the Phillip McCann award for the Most Outstanding Cornet Performance, selected by the virtuoso cornet player himself. You can hear Phillip’s reasons for choosing Luke here.

Ross Bahlaj, Chris Flynn and Lindsay Roxburgh adjudicated the Advanced class. Of the ten competitors, they selected percussionist Lewis Blackwood as the winner playing Ilijias on marimba and Andrew McMillan on tenor horn as runner-up for his rendition of Conversation and Games. 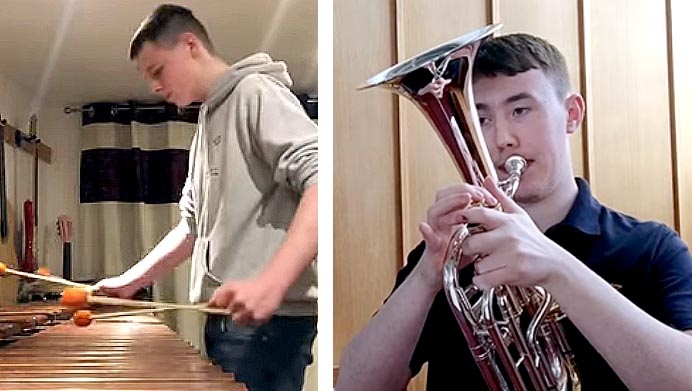 You can hear the comments of Chris and Ross and their announcement of the results, together with the performances of Lewis and Andrew here.

the cooperation band is delighted to invite Lewis to perform a solo with the band at a future concert, adding its thanks to all entrants. “Our adjudicators have thoroughly enjoyed listening to Scotland’s young talent,” said a spokesperson. “The future of brass banding is in safe hands!”