Back to Banding: Clackmannan kick off rehearsals with just six players at local football ground

“We had carried out full risk assessments for outdoors were providing all our members with band logo face coverings to wear as they set up and cleared away as a double measure of safety,” explained band president Debbie Ross.

“In addition, everyone was asked to bring their own chair, stand, pegs etc and sanitise hands regularly, especially after handling the music.”

After the local paper had helped the band advertise for suitable rehearsal venues, Clackmannan chose the Sauchie Juniors football ground where there was suitable cover in case the weather turned inclement.

“Our Youth & Development players were first to try things out in larger numbers on 18 May,” Debbie said. “We had a seating plan in place which was marked out using football cones/markers.

“The players were beyond excited to be back, playing some of the music they had so excellently performed at Perth in 2020.”

The senior band started back a few days later, playing 10-piece music initially in preparation for a July engagement in St. Andrews as numbers aren't up to a full band yet.

“This is OK as we know attendance will increase through time. It's important to us that all our members feel safe,” Debbie pointed out.

“The Youth & Development and senior players have a small job at Sterling Mills this weekend – playing to a real audience, how fantastic!”

She added: “All this wouldn't be possible without the huge generosity of Sauchie Juniors FC. As an organisation we can't thank them enough.

“And as president, I can't thank all our players, supporters and committee members enough for sticking with things throughout the past 15 or so months. It's been a long slog but we will get there!”

• Clackmannan’s new band hall is very nearly ready for moving in. The band is now just waiting on the green light for Clackmannanshire to come down a level to enable the resumption of playing indoors.

The band is always welcoming of new players and has a couple of vacant seats, one on the front row cornets and an Eb bass. If you are interested in signing up, you can message enquiries@clackmannanbrass.co.uk in the strictest of confidence. 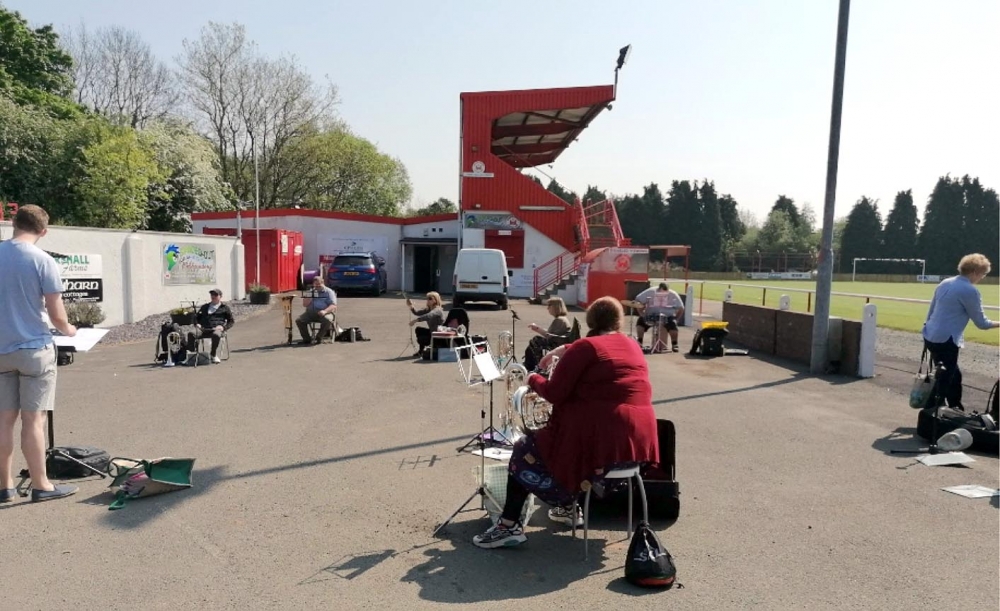