Back to Banding: So cold some members of Dunaskin had to wear their ‘carolling’ gloves!

It had been 455 days (who’s counting?) since Dunaskin Doon Band’s last get-together but, setting up next to the band hall in Mossblown, members – some wearing gloves because of the cold! – were absolutely thrilled to be back at band.

Players were all set to rehearse indoors in Kyle Academy’s theatre, but due to Ayrshire remaining in Tier Two restriction, they had to resort to playing outdoors.

The whole group were delighted to be back together and there was plenty of banter. Said secretary Fiona Waddington: “As a band we met many times online during lockdown for quizzes, bingo and chat, but all we really wanted to do was get back in the band room and play music.

“Even though we were outdoors, to be able to meet together and play as an ensemble was just wonderful – although I never thought I’d need to dig out my carolling gloves in June!” 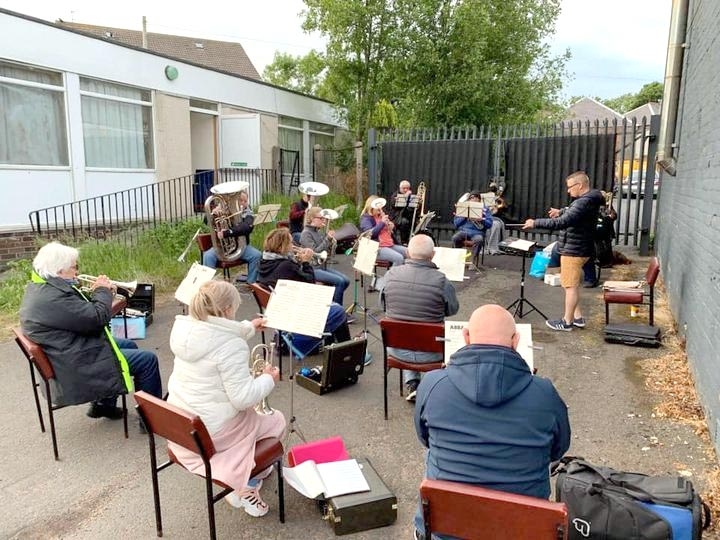