The Kirkintilloch Band is sad to announce the passing today of its honorary president Willie Tennant at the age of 92.

Willie, who was presented with a Lifetime Achievement Award from the Scottish Brass Band Association in 2008 (pictured below), also received the 50-year life membership medal in 1994.

He first joined The Kirkintilloch Band in 1937 on tenor horn and he played in his first concert with the band in Woodhead Park, Kirkintilloch, in the summer of 1938.

A bout of diptheria forced him to give up playing for a short time, but he rejoined the band in 1942 on cornet before moving to flugel horn.

Willie took part in his first contest in 1948 in the Usher Hall in Edinburgh. The following year he was called up for National Service when he joined the staff band of the Royal Army Service Corps, performing in London’s Royal Albert Hall on two occasions. He also played with the Aldershot Town Band while serving in the Army.

He rejoined Kirkintilloch in June 1951, the same year they won their first 3rd section championship in the Adam Smith Hall in Kirkcaldy under the musical direction of Hugh Forbes.

He then moved on to euphonium prior to taking part in the National Finals in Manchester in 1952.

It was in that year that Willie was first appointed band secretar at the age of 23. In 1958 he stopped playing for a time to take up a youth training course before going on to play with Bo’ness & Carriden for a couple of years, rejoining Kirkintilloch in 1961.

Moving to the Paisley area in 1963, he continued his involvement with then Kirkintilloch Silver Band. When he was made redundant from the Linwood Car Factory, he took up a post of brass instructor with Lanarkshire Schools until his retirement in 1994. 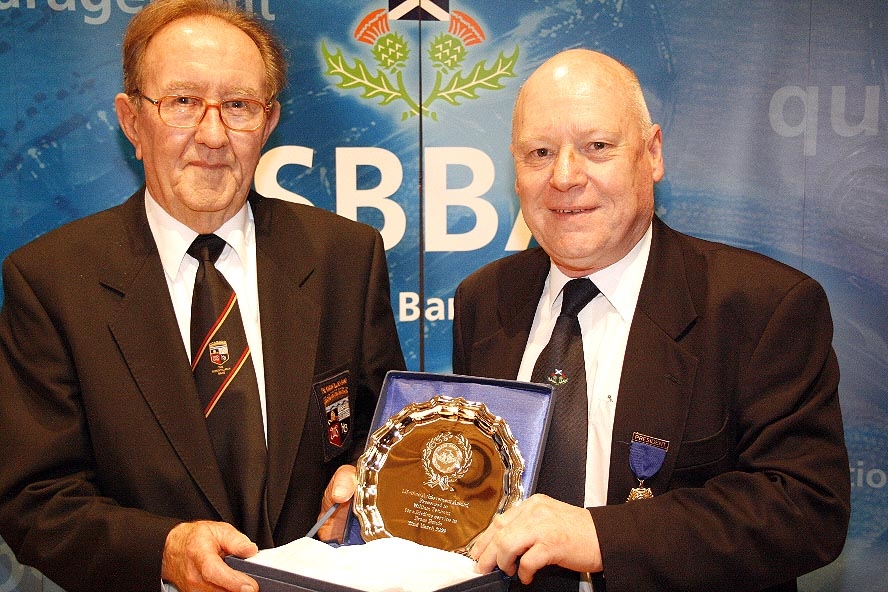 Over the years Willie has conducted Kirkintilloch senior and junior bands with great success, in particular at solo and quartet contests. He was also responsible for the teaching of a number of successful solo performers.

He moved from secretary to treasurer in 1986 and finished playing in the senior band that year, taking over the training of the junior band. Up until this time he had played in every contest Kirkie Band had entered, apart from one during his National Service. He boasted a number of championship medals from 3rd, 2nd and Championship sections.

During his involvement with the band, Willie has travelled thousands of miles and been a devoted servant to the band in his many fundraising activities. It’s true to say if it was not for Willie Tennant, there would be no Kirkie Band.

The formation Kirkintilloch Kelvin Brass in 1994 came about because of the huge number of players Willie had taught over a long number of years and it moved up the ranks from the 4th to Championship section.

It was a great honour when Kelvin Brass won the National 3rd Section Championship in 2000, performing in the Royal Albert Hall, and a proud occasion for Willie who, at the age of 70, playing Eb bass with his son Raymond conducting, gained his first national championship medal!

Some of the young players Willie has taught have stayed with the Kirkintilloch organisation, while others now play with other bands. Some have even gone on to a teaching career or performing music professionally.

In 2001 Willie was presented with the Diploma of the Worshipful Company of Musicians, recognising 64 years of dedication and teaching of young people.

The success of any band depends on loyal faithful servants with a commitment like that of Willie Tennant, ably supported by his late wife Margaret, sons Ronnie and Raymond (who now earn their living from brass music through the very successful Band Supplies), Scott and daughter Arlene.

Scotland's banding community sends its condolences to Willie's family. To say that he will be missed is the biggest of understatements – he truly was Mr Kirkintilloch!