It is with great sadness that Whitburn Band reports the death of Sam Knox, who was part of the band for over 70 years.

Sam was a member of the band when it won the third section national championships in 1954, the first-ever Scottish band to win a national title.

He remained a member of the Whitburn Heartlands Band up until his death, passing on his considerable knowledge to the next generation of cornet players as they make their way in the banding world.

He became a Scottish champion with Whitburn for a remarkable 13th time in 2008, 40 years after his first triumph in the prestigious contest. 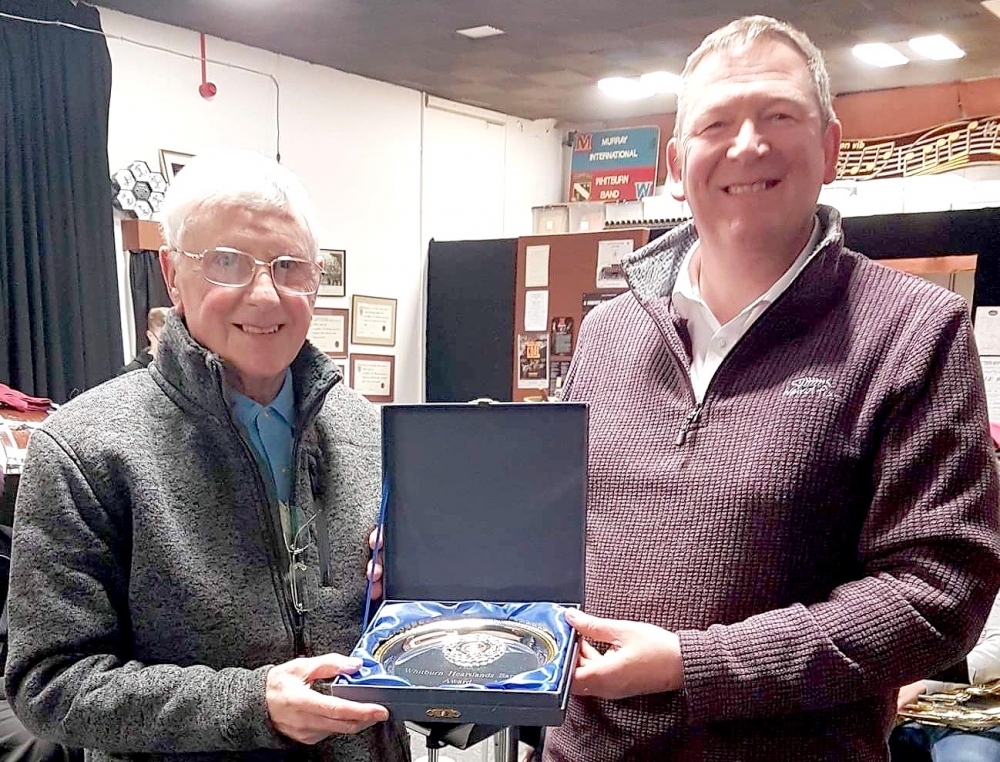 When Sam played his first notes with Whitburn, King George VI was on the throne. His first musical encounter with a brass band came after he heard one playing in the hall of the local pigeon racing club. From then on, he was hooked.

“I was given an Eb bass," he said in an interview to mark his 70 years with Whitburn in 2018.  I took it down the road and my mother nearly had a fit when she saw this big clarty instrument!”

But he didn’t stay on bass for long. He was a brilliant cornet player, a constant powerhouse on the back row during the celebrated Major Peter Parkes era of the 1980s and 1990s as Whitburn became one of the leading bands in the UK.

Sam was loved across the banding community and anyone who knew him from Whitburn knew him as a gentleman, a dedicated bandsperson and a dear friend.

Everyone associated with Whitburn Band offer their deepest condolences to Sam's family and many friends.