The virtual performances of Whitburn Band have been recognised by BBC Radio 2 DJ Ken Bruce and Classic FM.

The Scottish Open champions published six new performances over the festive season as the West Lothian band continued to play during this difficult period for all musicians.

Their performance of Leroy Anderson’s A Christmas Festival was shared on BBC Radio 2 by Ken Bruce who told listeners: “Here’s something to lift your mood this week from the fabulous Whitburn Band. I appeared with them on BBC 2’s Best of Brass many years ago! They’ve survived it well.”

As the DJ highlighted, he used to introduce the band’s performances on the television contest programme in the 1980s when Whitburn was conducted by Major Peter Parkes.

Whitburn then received another major boost on Saturday January 2 when Classic FM shared the band’s performance of ABBA Goes Brass by Alan Fernie on their Facebook page.

That mention has brought Whitburn to a new audience of fans, and attracted comments and tens of thousands of views from around the world.

Both performances were produced by the band’s acclaimed percussionist Ryan Bradley.

Whitburn has published 39 virtual performances, interviews, solos and pieces from the archive since the start of the pandemic and will continue in 2021, starting off with the Cory Online Contest.

You can watch all of Whitburn’s performances, including A Christmas Festival and ABBA Goes Brass, on the band’s Facebook and YouTube pages.

Whitburn's performance of ABBA also featured on television as an ‘and finally’ item on STV's Scotland Tonight, one of the main current affairs programmes on Scottish Television, which you can view here https://player.stv.tv/episode/41a3/scotland-tonight 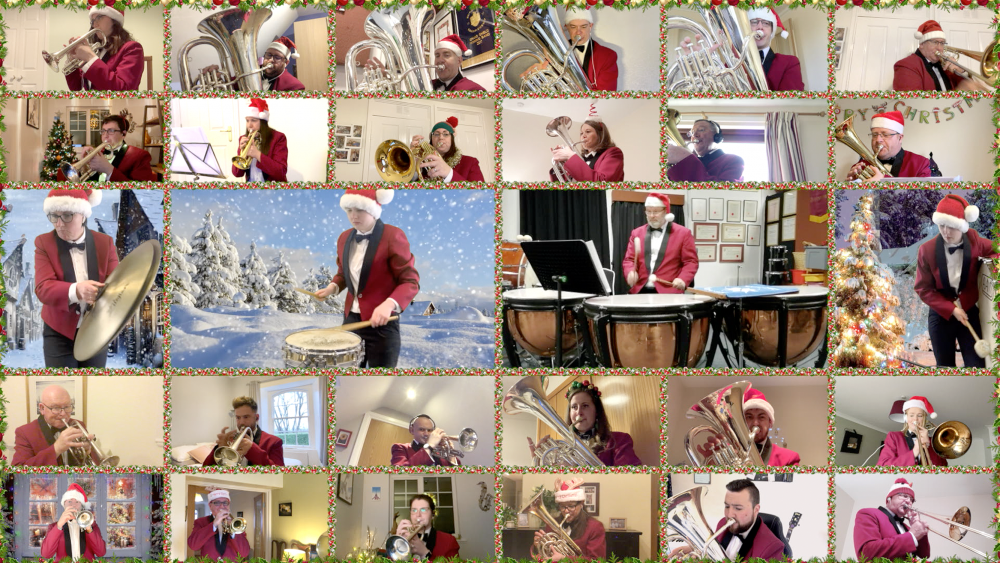