Lockdown was no obstacle to Riverside Youth’s glitzy awards evening

Lockdown may have brought face-to-face music making to a temporary halt but members of Port Glasgow-based Riverside Youth Band have been busier than ever after taking the band online for a host of fun activities.

The four-time Scottish youth champions have traditionally held a glitzy, end-of-term awards night. This year, the celebrations took place via Zoom, with members shining their shoes and donning their dresses for the special occasion, which included virtual band videos, a quiz and a look back at 2019-20.

Commenting on the evening, Riverside Youth Band chairman Duncan Galbraith said: “The past year has been another busy one for members of our band, even once lockdown started and our activities went online. Members now come to us from all over Inverclyde, as well as Renfrewshire and West Dunbartonshire, so it was a pleasure to bring young people and their families together for this special, celebratory evening.” 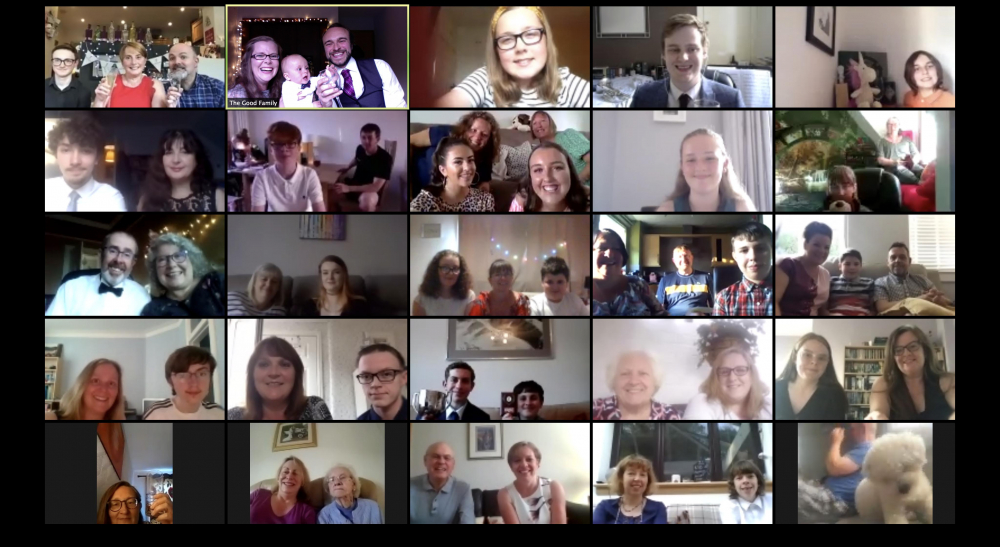 A wide range of prizes were presented to players for their achievements during the year. The joint recipients of Riverside's Major Minute Challenge Award, a special musical lockdown activity, were brothers and trombone players Scott and Andrew Smith, of Inverclyde Academy and Aileymill Primary respectively. The RYB Sight-reading Award was presented to the band’s solo horn player Andrea Crumlish, of Inverclyde Academy. 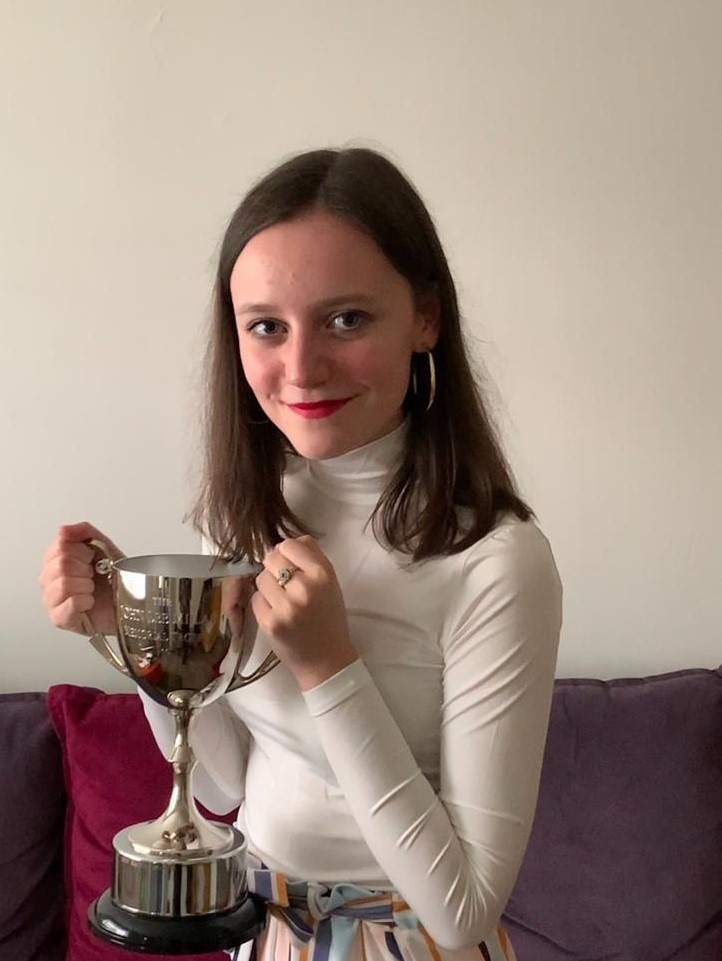 The award for Most Improved Player in the Training Band was presented to trombonist Struan Hewitt, who has just finished Primary 7 at nearby Houston Primary School. Fellow trombone player Hannah McInnes (above), of Inverclyde Academy, was the inaugural recipient of the John Lee Millar Memorial Trophy for Training Band Bandsperson of the Year. 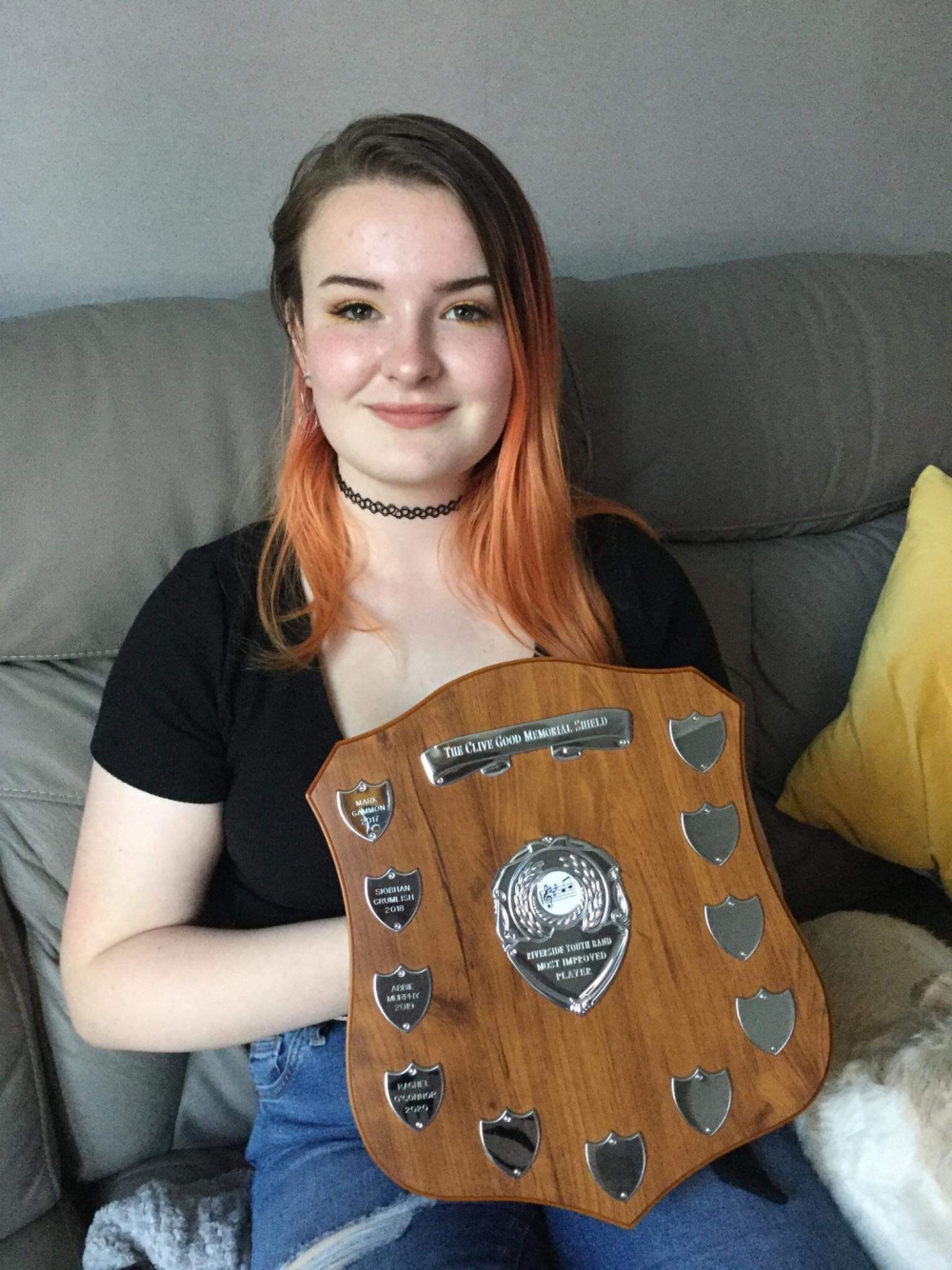 Gregor Hewitt (above) enjoyed a masterclass with Tom Hutchinson of Cory Band while Ewan Galloway (right) had an online lesson from tuba soloist Les Neish. 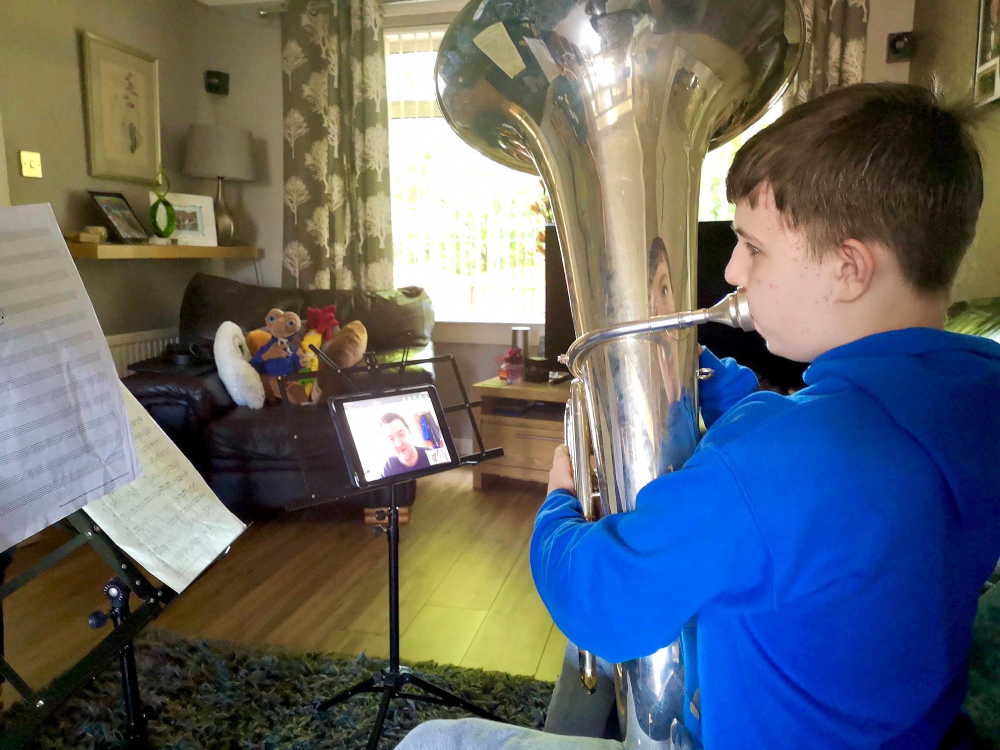 The awards night comes as Riverside continues a busy series of lockdown musical activities for its members, part of which has seen them receive online masterclasses with some of the world’s finest performers from the principal seats of the likes of Black Dyke and Cory bands. Meanwhile, players have been taking part in a series of musical challenges and virtual ensembles, as well as enjoying regular quizzes, and several will be performing in an online course delivered by the National Youth Brass Band of Scotland.

Mark Good, musical director, said: “The ethos of Riverside Youth Band is to offer opportunities through music and, if anything, those have increased during lockdown as we have found new and creative ways of connecting with our members and enabling them to develop their music making while so many aspects of their lives have faced severe disruption.

“Their performances, dedication and willingness to learn show that our young people are a credit to their families and a shining example of the benefits of learning to play a musical instrument.”

Young people learning a brass or percussion instrument, or those who might be interested, are welcome to get in touch with the band at chairman@riversideyouthband.co.uk