Holly’s debut with Whitburn is a virtual experience 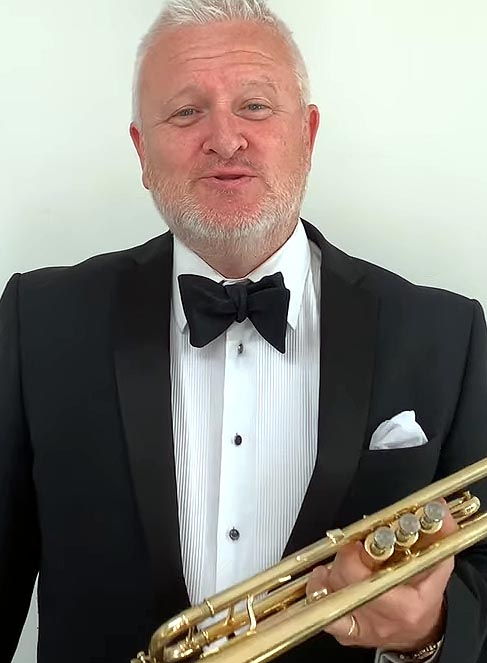 Introduced by musical director Nicholas Childs, the band played eight pieces of music – including two with Mike – during the concert which was broadcast for free on Whitburn’s YouTube channel.

Eighteen-year-old Holly joins from Arbroath Instrumental Band and is a current member of the National Youth Brass Band of Scotland.

She has been the Scottish solo champion in three different age groups, winning the under-12 section in 2014 and the intermediate title in 2017 before her victory in the under-21s earlier this year.

Holly said: “Brass banding has always been a significant part of my life, as my grandad and my mum both played as well. My memories of performing with them will always remain very special to me.

“I feel very privileged to be invited to join Whitburn, which is such a prestigious band. I am excited and really looking forward to the challenge and learning with fantastic musicians."

The virtual concert was the centrepiece of Whitburn Band’s 150th anniversary year and is raising money for the West Lothian Foodbank, who are providing much needed help to people in and around Whitburn during the Coronavirus pandemic.

The fundraising concert can be viewed here https://www.youtube.com/watch?v=CRcg_A_8pEQ