Judge this book by only the cover!

In this, SBBA’s 125th anniversary year, a little piece of banding history has come to light. It’s the cover of a book containing the adjudicators’ remarks for the first-ever Scottish championships, held in Edinburgh on 19 October 1895. 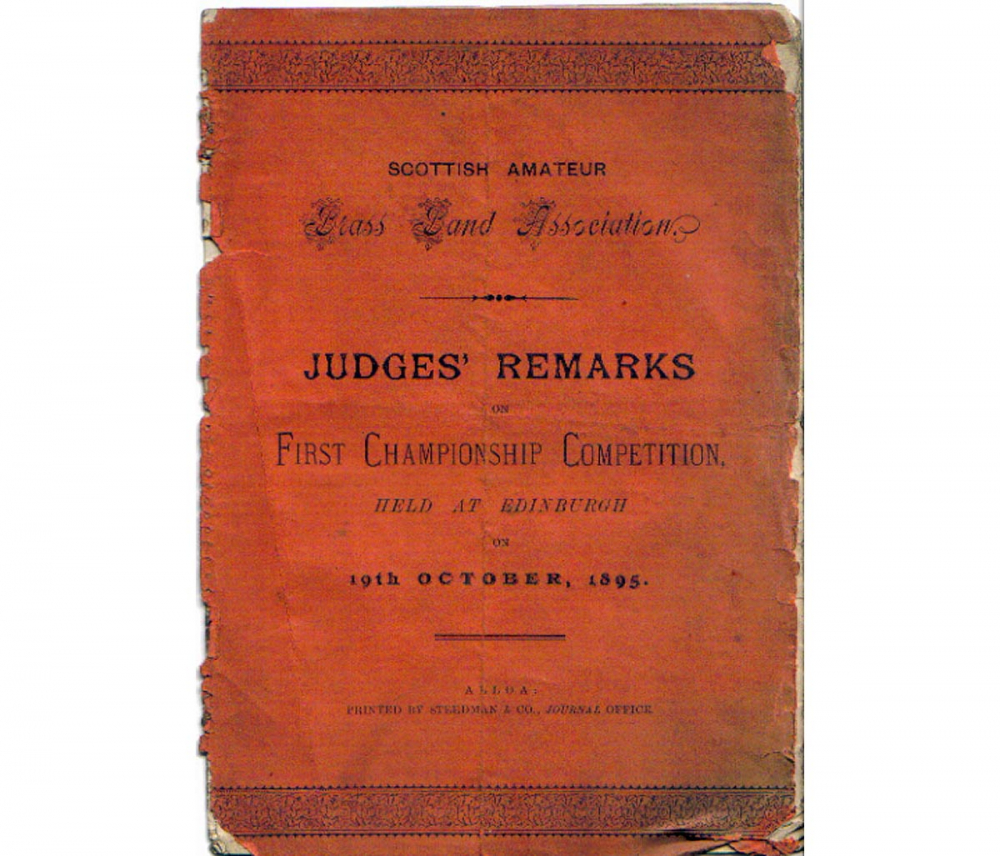 The whereabouts of the rest of the book, however, remains a mystery.

SBBA secretary Tom Allan recalls being contacted about the book by someone from Kilmarnock Concert Brass several years ago. On receipt of the photograph, he enquired if the book could go into SBBA’s archives but nothing further happened.

“There was a rumour that Bo'ness had been given the book as they were the first winners, but the band knew nothing about it,” he added.

Has anyone seen this book? Do you know where it can be located? If so, please get in touch with Tom at sbbasecretary@gmail.com

Another interesting picture to come SBBA’s way is this one of the Edinburgh Charities Band Association’s first contest programme from 18 April 1931.

On the subject of SBBA’s first contest, do you remember taking part in your first band competition? How was the experience for you – was it excitement / anticipation/ pride, or trepidation / nervousness / sheer terror? Drop us a line by filling in the form here. 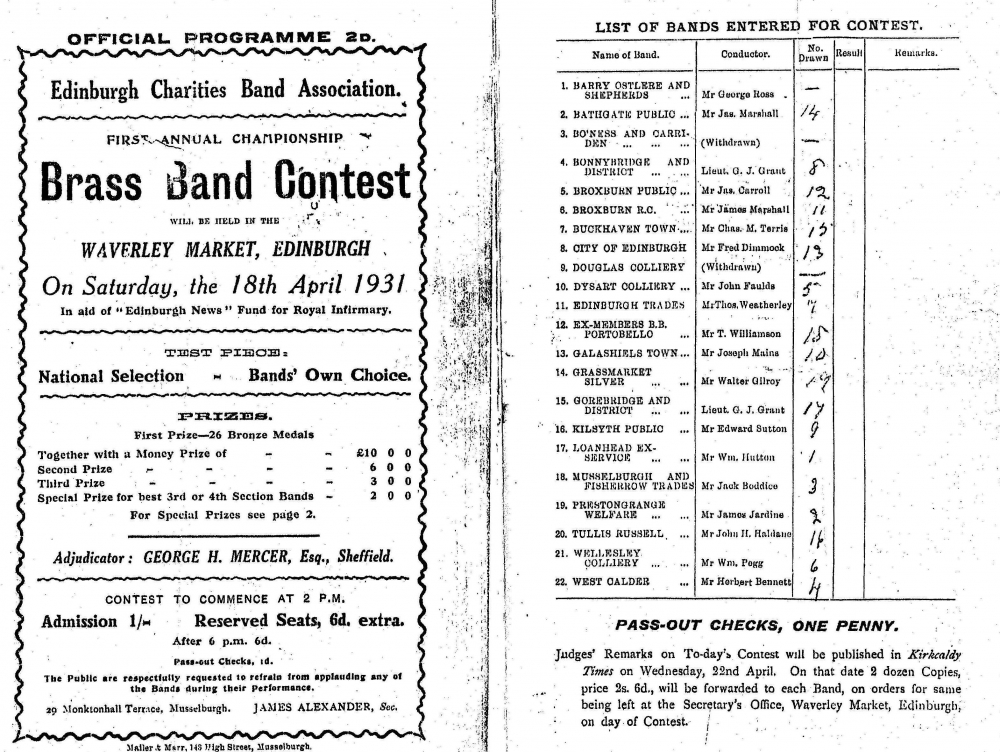