In our continuing series on how Scottish bands are staying connected during the Coronavirus pandemic, we take a look at Whitburn Band:

Whitburn Band – the current Scottish Open champions – was formed in the heart of the coal mining area of West Lothian in 1870 and originally served as an outlet for members of the mining community to perform at local parades and gala days.

Its first major contesting impact came in 1954 when it became the first Scottish band to secure a national title by winning the third section competition in London. Progression to the championship section followed – and in 1968 Whitburn won its first Scottish Championship title.

Success continued during the early 1970s, but it was following the appointment of Major Peter Parkes as musical director in 1978 that Whitburn dominated the Scottish brass band scene and became regular prize winners in the major contests in England.

In 1990 the 20-times Scottish champion band was runners-up at the European Brass Band Championships. 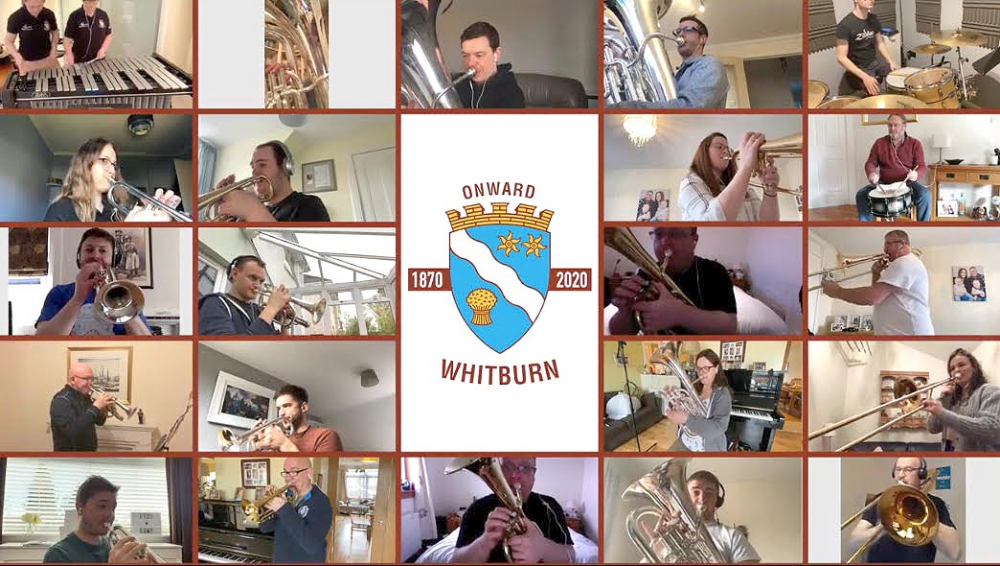 During the Coronavirus lockdown, the players of Whitburn Band have been meeting weekly via Zoom to catch-up, have a laugh and take part in pub quizzes.

On the musical front, the band released its virtual march – Stars and Stripes ‘Stay at Home’ – to great acclaim, with over 14,000 views to date.

While in lockdown, the players and management of Whitburn are coming up with innovative ways to continue to perform in what is the band’s 150th anniversary year.

Whitburn Youth Band has also been keeping in touch with each other, producing a virtual performance of one of their favourite tunes, African Funk.

Everyone at Whitburn is looking forward to playing together once again as soon as we can. In the meantime, stay safe and stay at home.

For more information, check out www.whitburnband.com or find us on social media and on YouTube.

• Let us know about your band. Tell us about some of your successes, when you were founded, where and when you rehearse (when things are back to normal), and how your members are coping during the Coronavirus emergency situation.

Just send a couple of photos and a short write-up to Nigel Martin at sbbapr@gmail.com