On Sunday the 26th of January the Coalburn Brass Band family once again teamed up with South Lanarkshire Council Instrumental Services to put on a fun filled day of workshops at the Blackwood and Kirkmuirhill Community Wing.

The day’s workshops and rehearsals were led by Scott Kerr and Helen Minshall. Scott currently holds the position of principle euphonium with the Whitburn Band and has worked with the band before, adjudicating at Coalburn’s Got Talent in both 2018 and 2019. Helen has a wealth of experience both as a performer and teacher, and is now pursuing a freelance career. She has set up a very successful music teaching company, Minshall Music Ltd, with her daughter and son in law, Samantha and Neil Raisbeck. The company delivers high quality brass tuition in a growing number of schools in Salford and Bolton.

The day was attended by many members from the Coalburn Percussion academy, Silver, Intermediate and Bronze bands, as well as, a number of young brass beginners. The players got to take part in a variety of educational and fun workshops throughout the day. The percussion academy worked on a performance of the ‘Game of Thrones’ theme tune with their tutor Caitlyn Monaghan. The Coalburn Bronze Band and brass beginners took part in interactive workshops lead by Helen to learn some of the basics of brass playing and began working on two new pieces of music to perform alongside the Silver and Intermediate band members at the end of the day. Meanwhile, Scott ran masterclasses for both the Intermediate and Silver band members, as well as, providing feedback and advice to some the band’s soloists during rehearsals ahead of their concert performances.

The final part of the day was a short concert for friends and family which featured all of the players who had taken part during the day. The concert included some excellent performances from the percussion academy, Scott on Euphonium, and two of the Silver Band’s young principle players - Anna Biggart on Trombone and Jack Archibald on E flat Bass. The highlight of the day was when all players took to the stage to perform the theme tune from ‘Rocky’ and Blame it on the Boogie.

A spokesperson for the band commented “The open day was a fantastic way for the Coalburn family to begin another busy year in 2020. It was an extremely enjoyable and educational day for everyone. The workshops with Helen and Scott were really engaging, and the joint performance at the end of the concert was a fantastic way to round off the day.” 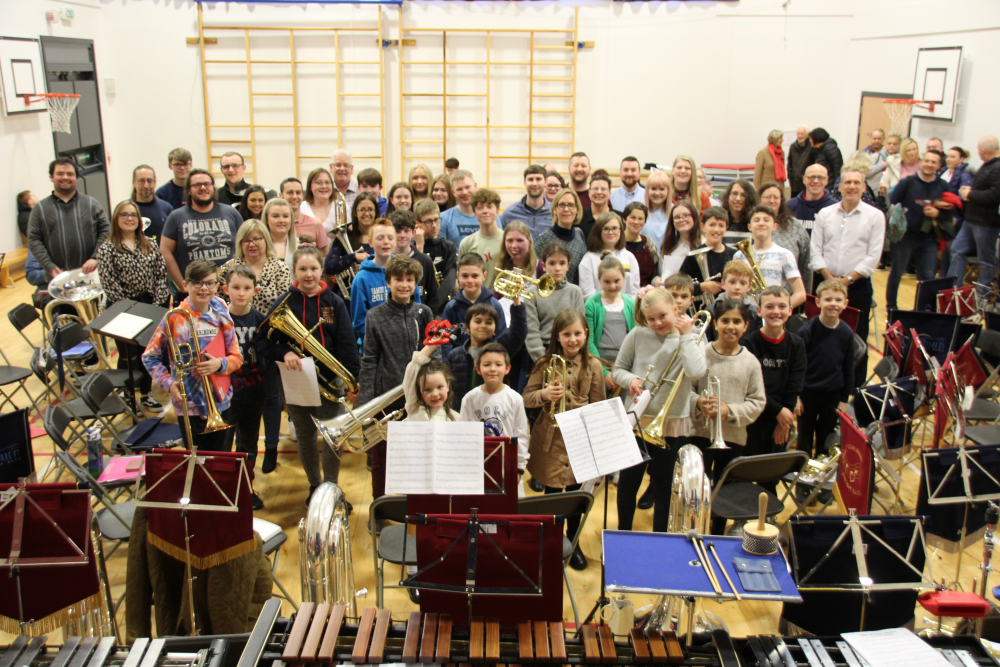