Exciting new year ahead for the Coalburn organisation.

The new year has got off to an eventful start for the Coalburn Brass Band family.

The Intermediate Band will be making their contesting debut in the 4th section at the Scottish Championships in March, led by their musical director, David Fehilly.

The band is made up of no less than 16 players who have been developed through the Coalburn Bronze Band. The remainder of the players have moved from the Silver Band or have joined from other ensembles including Leadhills Silver Band and the Clyde Wind Ensemble.

David commented, ‘The Intermediate Band are really looking forward to the Scottish Championships and it’s lovely to see so many of our children and young people involved and competing for the first time’.

The organisation’s open day ‘Brass to the Future’ will take place on Sunday 26th January. We have an exciting day of music making planned for anyone with an interest in taking up or coming back to brass playing, with a particular emphasis on children and young people. The day is organised in partnership with South Lanarkshire Council Instrumental Services.

This year’s event will take place at the Blackwood & Kirkmuirhill Community Wing and activities will be led by Helen Minshall from Minshall Music Ltd, who will bring her plastic brass instruments to deliver fun filled learning and ensemble playing opportunities for our children and attendees.

The whole day is free and kicks off at 10.30am and will conclude with a concert featuring all attendees and band members at 3pm. The concert will feature Scott Kerr, principal euphonium with the Whitburn Band and a performance from the Coalburn Percussion Academy who will be working with percussion tutor Sarah Naish.

The Silver Band is sad to say farewell to one of their young stars, Robyn Anderson who has moved to the Whitburn Band. Robyn had progressed through from the Bronze to Intermediate and then Silver Band, latterly holding the position of principal trombone. Band President Alan Court commented, ‘We are so thankful for Robyn’s contribution over these past years, we will miss her dearly but wish her every success in her move to the Whitburn Band.’

Anna Biggart has been promoted to solo trombone following Robyn’s move to Whitburn and we are delighted to welcome Aileen Orr who joins the band from Whitburn Heartlands on bass trombone. Jen Crockett also joins the band from the cooperation band on solo horn and will be fantastic addition to our horn section.

Silver Band Musical Director Gareth Bowman commented, ‘We were naturally sad to see Robyn leave but are delighted that we have been able to make a few tweaks around the stand and have a settled band ready for the challenge of the 1st section’. 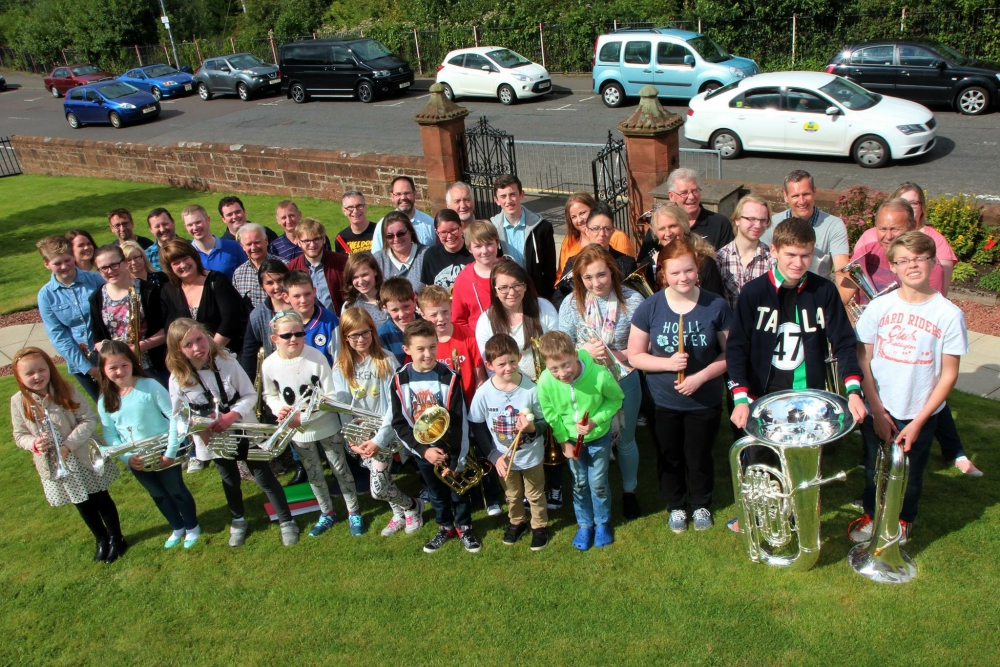