John Wallace grew up in the Brass Band tradition in Scotland.  In 1965 he toured Europe with the National Youth Orchestra of Great Britain and went on to become Principal Trumpet with the Philharmonia Orchestra after periods with the Royal Philharmonic and London Symphony Orchestras as Assistant Principal. In 1986 he  created his internationally acclaimed brass group, The Wallace Collection and in 2002 he took up the position as Principal of the Royal Conservatoire of Scotland (RCS) – a position he held until leaving in 2014 to resume his musical career, reforming The Wallace Collection, and composing new music for brass.

Over the past few weeks he has been involved in many events celebrating his 70th birthday and as Patron of the Scottish Brass Band Association and a former member of the National Youth Brass Band of Scotland, President Carrie Boax was delighted to present John with his 50 years of service to brass bands medal. 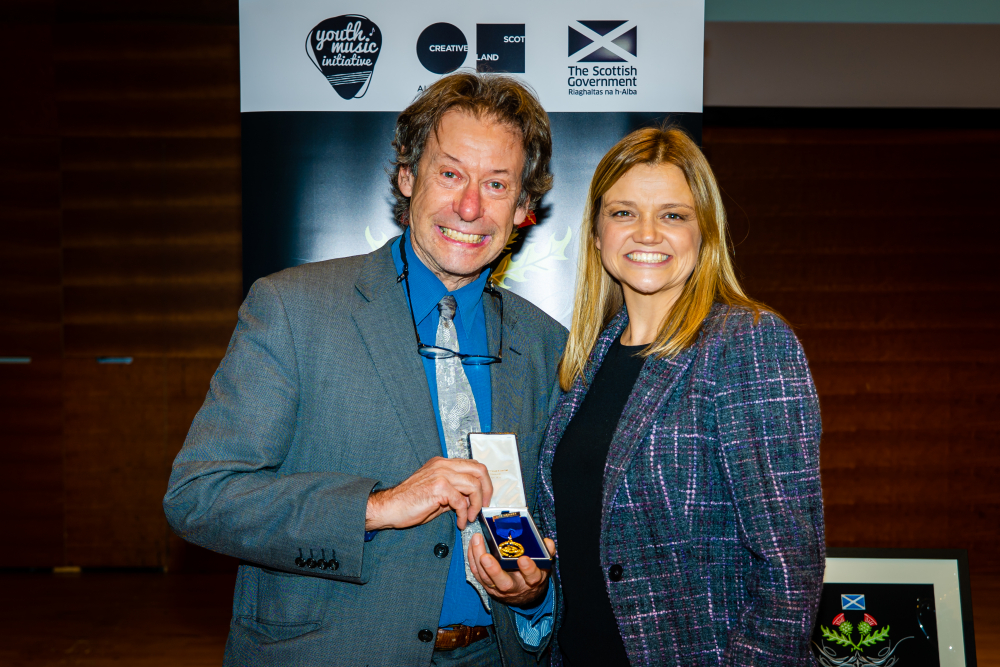