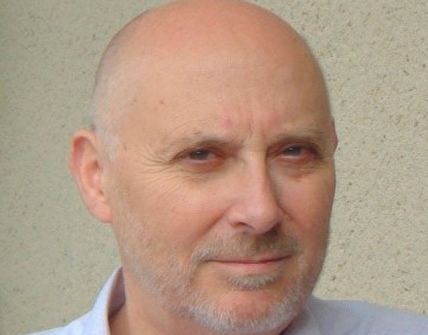 With just two weeks to go until this year’s Scottish Open contest, the 14 competing bands will be busy getting not one, but two pieces of music ready for the competition stage.

To mark the 150th anniversary of the death of Hector Berlioz, each band will performing Howard Snell’s arrangement of the Waverley Overture, as well as a fanfare and march, in the hopes of impressing adjudicators John Doyle and Alan Fernie.

Howard Snell has worked with the Scottish Brass Band Association on a number of previous occasions, most recently to create the test piece Gallery for the Scottish Open in 2015 which was subsequently used at the British National Championship in 2017. He explained that the partnership for this year’s Scottish Open came about thanks to a conversation with SBBA honorary vice president Peter Fraser. Howard first arranged Waverley for brass band in the early 1980s and he suggested that it may be a suitable choice to mark the anniversary since Berlioz’s overtures have always been “very popular with brass bands and their audiences.”

Asked what he thinks it is about Berlioz’s music that still resonates with audiences today, Howard said: “Berlioz music is always very striking in its audience appeal by virtue of its variety, and the direct quality of the emotions that it stirs in the listeners. To my knowledge Berlioz never wrote music in abstract forms: his music always had a story or an image with it. He didn’t try to illustrate directly, in the precise way that film music works todays, but more to match his own general responses to the story or scene/ Waverly, his first purely orchestal work, comes closest to illustration by directly matching the Walter Scott novel.”

Each of the band will perform a fanfare and march by Howard, which he kindly provided to each competing band as a free download. He continued: “SBBA wanted to have a full 15 minutes of playing for each band, rather than just the 10 minutes offers by Waverley, a thoroughly sensible and considerate move by them. The fanfare and march are the first two movements of Excelsior!, a four movement composition of mine dating to 20 years or so ago. Personally I regard it as one of the more worthwhile pieces I have made, both in its challenges for the competitors and some enjoyment for the audience. With regards to the free download, it is a small gesture of friendship and respect to the bands who have made the effort to compete. I know from personal experience how much work and sheer toil going into banding that is quite unseen by the public.”

Explaining more about the pleasures and challenges of each piece, Howard said: “Bands love to be technically stretched by contest pieces, but also they like to enjoy the musical content. As important to me is that the audience must feel interested and, in total, thoroughly satisfied by the content of the music and its value as a test piece. These are the reasons I write music for brass bands.”

Unfortunately family health reasons will prevent Howard from attending this year’s Scottish Open in person, and have also forced him to withdraw from a commission to create a piece to mark SBBA’s 125th anniversary next year. Asked what he thinks of the work SBBA is doing for bands in Scotland he said: “SBBA is a model, in my view, as to how to nurture banding."