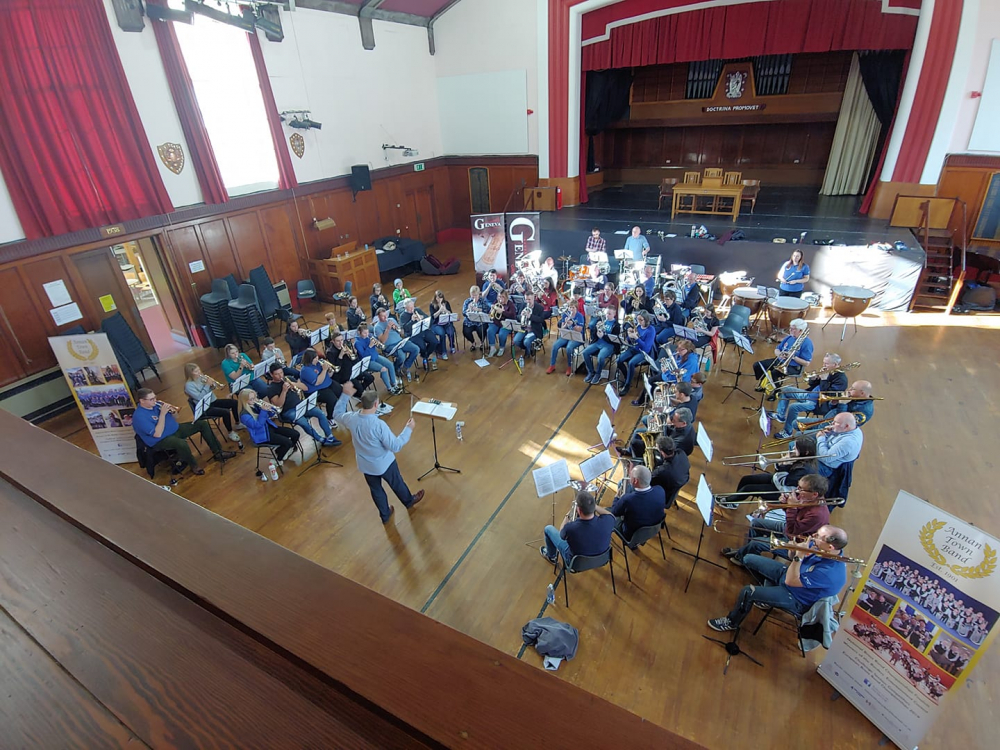 More than 50 brass players of all ages travelled to south west Scotland last Saturday to take part in a day-long workshop.

The Dumfries and Galloway Brass Workshop at Dumfries Academy, hosted by Annan Town Band with support from the Scottish Brass Band Association and The Holywood Trust, attracted players from across Scotland and northern England.

The local bands from Annan, Langholm, Dumfries, Leadhills, Sanquhar and Stranraer were all well represented at the event, with players from Newlands Concert Brass, J36 Brass and Riverside Brass also in attendance.

Speaking at the end of the workshop Colin said: "Days like this are invaluable for young players and older players, especially when instrumental instruction in schools is being withdrawn.

"I was a bit apprehensive coming here today because I did not know what the standard of playing would be like but I am really pleased, everyone rose to the occasion.

"I think all the tutors are very keen to be involved with events like this and with helping out the banding movement. The way we can do that is by going along, supporting the players and encouraging them to get along to as many band practices as they can.

"We want to try and keep the movement going in all parts of the country, not just the central belt."

Also among the team of tutors was bass player Andrew Warriner, who was recently announced as Annan Town Band's new musical director.

In addition, Geneva Instruments attended and gave players the opportunity to try out their range of instruments.

The workshop follows on from one of the busiest and most successful periods in Annan Town Band's history, which has seem them represent Scotland at the National Finals in Cheltenham and the European Championships in Montreux as well as winning last year's Borders Entertainment Contest and finishing third in the first section at this year's Fife Charities Contest.

It is the first time the band has hosted a workshop, an event they hope to repeat in the future.

Event organiser Michelle McDougall said: "Today has exceeded all our expectations, we had hoped to get about 40 players so to get 57 is fantastic.

"We have a great range of players here as well - the youngest is eight years old, the oldest is 77 and they have come from right across Dumfries and Galloway and beyond.

"I would like to thank Colin and the tutors for all their support and guidance, and I would also like to thank Geneva Instruments for coming along and letting the children have a go."

Annan Town Band will now turn their attention to preparing for their annual concert and awards evening, which takes place at Annan United Reformed Church on Friday November 8 under the baton of new resident conductor Simon Railton.

Tickets are available from Pet Savers in Annan, from band members and on the door. 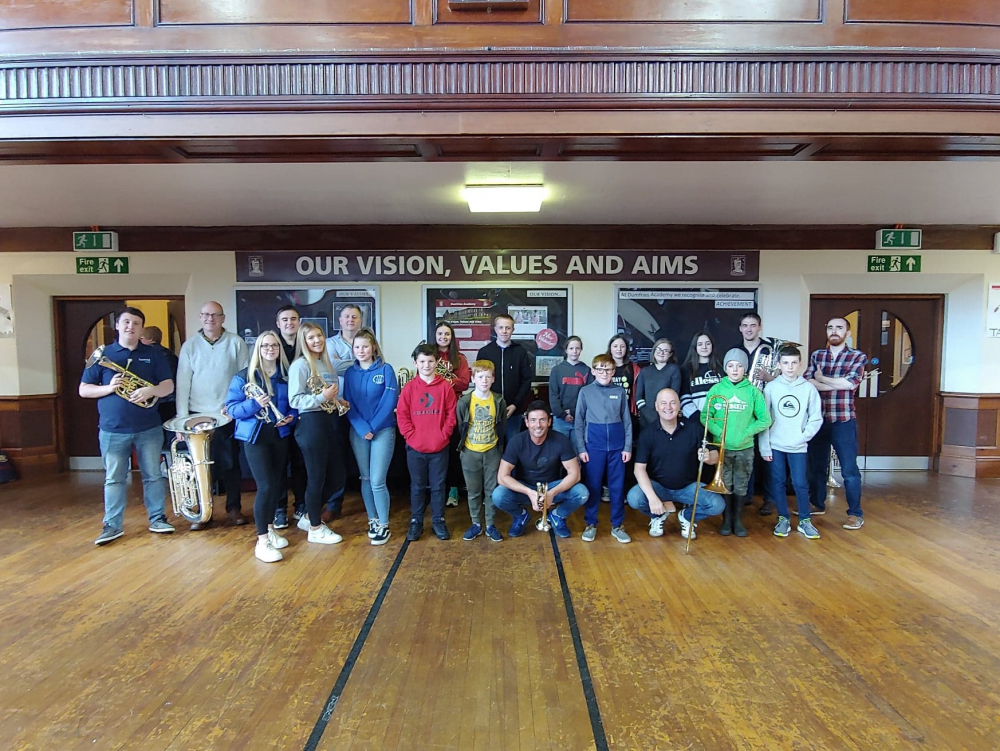