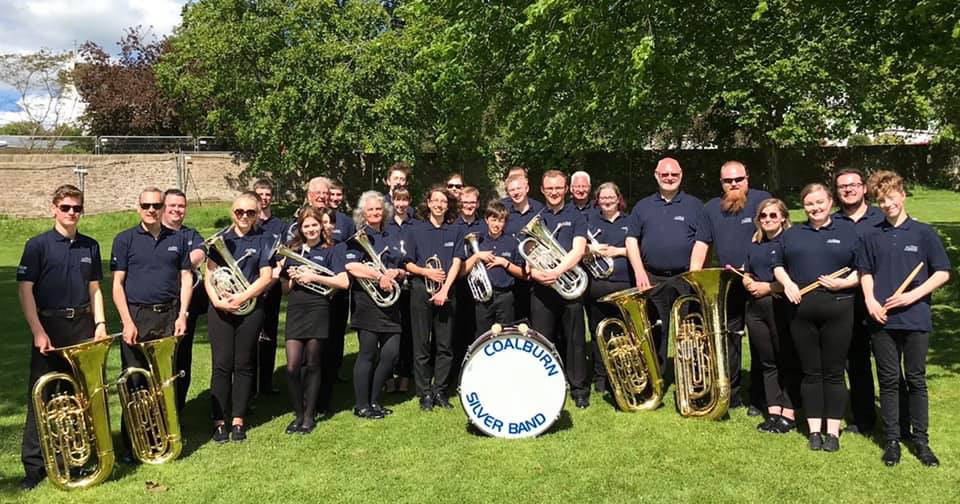 The Coalburn Brass Band Family has announced they are to perform in concert on Friday 6th September 2019 at Blackwood & Kirkmuirhill Community Wing.

The concert will feature 3 of the group’s ensembles, the Coalburn Bronze (Children’s) Band, The Coalburn Intermediate Band both under the direction of Mr David Fehilly and the Coalburn Silver Band under their musical director Gareth Bowman.

The concert will be held in the school hall and access is through the Blackwood & Kirkmuirhill Community Wing on Carlisle Road, Blackwood.  The entertainment starts at 7.30pm with doors opening at 7pm. There will also be tea, coffee, refreshments and a raffle.

Band President Alan Court commented ‘we are absolutely thrilled to be performing in Blackwood and have a fabulous programme of music to suit all tastes. Not only do we have our wonderful children’s and Intermediate Band’s performing but are incredibly excited that the Silver Band will be performing their music ‘Occasion’ by Edward Gregson for the forthcoming National Brass Band Championships of Great Britain to be held in Cheltenham on the 15th September’

This trip to the national finals is extra special as it marks 15 years since Gareth took over as Musical Director of the Silver Band. It’s also the band’s 6th trip to the Nationals since 2005 and seven members are still playing with the band under Gareth’s leadership. The band is proud to have excellent continuity within their team, 20 members playing this year who also played at the Nationals in 2016.

Tickets are priced £5 and you can pay on the door