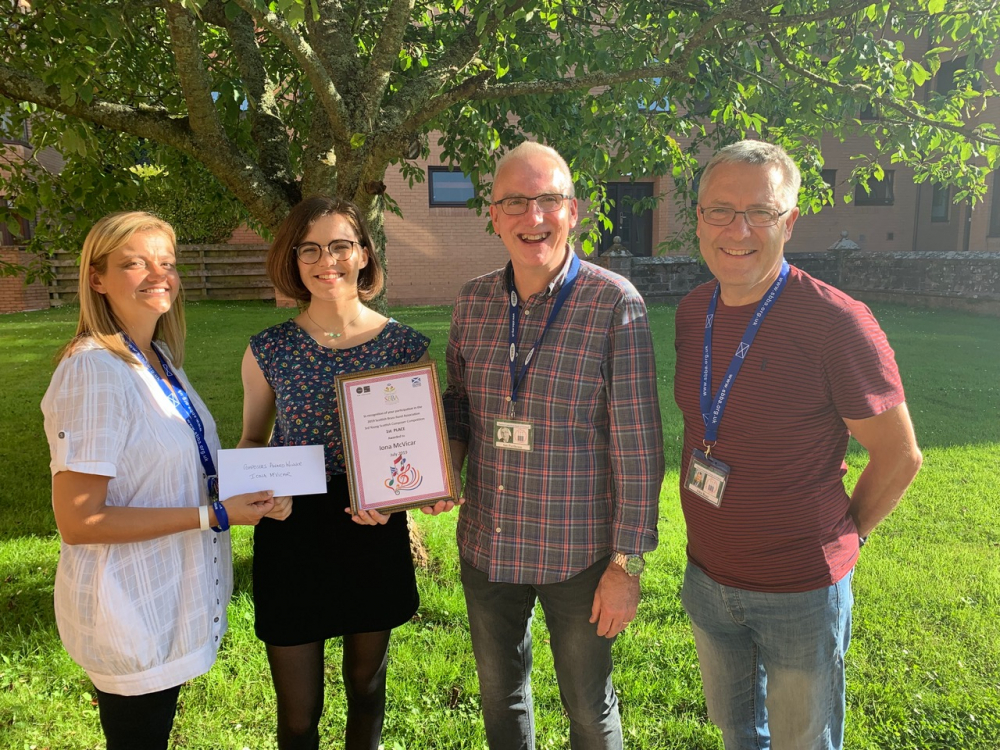 Now in it's third year, the competition seeks to add new and exciting works to the NYBBS music library while encouraging young composers to experiment with brass composition.

This year participants were tasked to write a piece for solo instrument and brass band, with top Scottish composers Alan Fernie and Paul Drury acting as judges.

NYBBS alumnus Iona McVicar, who has previously represented Scotland at the European Youth Brass Band, claimed the top prize with her piece Golden Sands, written for tenor horn and band.

Second place went to last year's winner Jack Mackenzie for his piece Euphoric Variations, which features a euphonium soloist, while third place went to Ross Balhaj for his Concerto for Trombone and Brass Band.

All three prizewinners will receive mentoring sessions from Alan Fernie as part of the award, which is made possible thanks to funding from Creative Scotland.

Alan said: "The standard of entry in this competition is steadily improving over the last three or so years that I've been fortunate enough to be involved in, and the three finalists have shown great potential in their contrasting pieces.

"What bands in Scotland must now do is to play and programme these young composers, giving them absolutely invaluable practical experience in writing for brass band. There is no greater learning outcome than hearing what a bandsman thinks!"

Iona's winning piece will be performed at a NYBBS event next year as part of the Scottish Brass Band Association (SBBA) 125th anniversary celebrations.

SBBA president Carrie Boax said: "SBBA are delighted that this project enables young composers to be given the opportunity to hone their talents in the brass band genre whilst leaving a legacy among the young brass and percussion players in Scotland.

"We are looking forward to hearing a very special performance of Iona's finished work premiered at our NYBBS Easter course next year."