Two of the world’s leading brass soloists will be hosting a free workshop in Scotland next month. 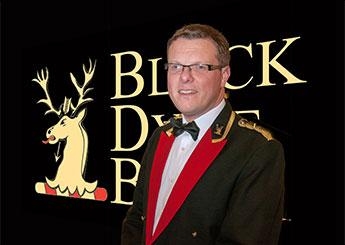 Black Dyke’s Principal Cornet Richard Marshall and Principal Baritone Katrina Marzella will hold the workshop in Whitburn Band Hall in Whitburn, West Lothian on Saturday, May 11, between Noon and 1:30pm.

This event - supported by Band Supplies - is open to all players of all standards and is free to attend.

Both players will then feature as guest soloists in an evening concert with Whitburn Band, which will be conducted by Professor Nicholas J Childs.

The concert will be held at the SS John Cantius & Nicholas in Broxburn from 7:30pm, with tickets available on the door priced at £10/£8 concessions.

As well as the workshop and the concert, Katrina - a former Whitburn Band player - will launch her new solo CD at the event.

If you would like to discuss any brass technique with Richard or Katrina at the workshop in particular, send Whitburn Band a message via its Facebook page in advance and these messages will be passed on to the soloists.

Whitburn Band Chairman Charlie Farren said: “Everyone at Whitburn is looking forward to hosting this fantastic weekend of music making, with the workshop and then the concert with Professor Childs, Richard and Katrina.

“Richard and Katrina are two of the best brass players in the world, and we look forward to inviting players of all standards to our band hall so they can hear from them and learn from expertise and experience of playing at the highest level.

“We are also sure that the evening concert will be one you will not want to miss, with Richard, Katrina, Professor Childs and Whitburn all in action.”